Johnson ready to jump into the fray in JEGS.com Super Stadium Truck 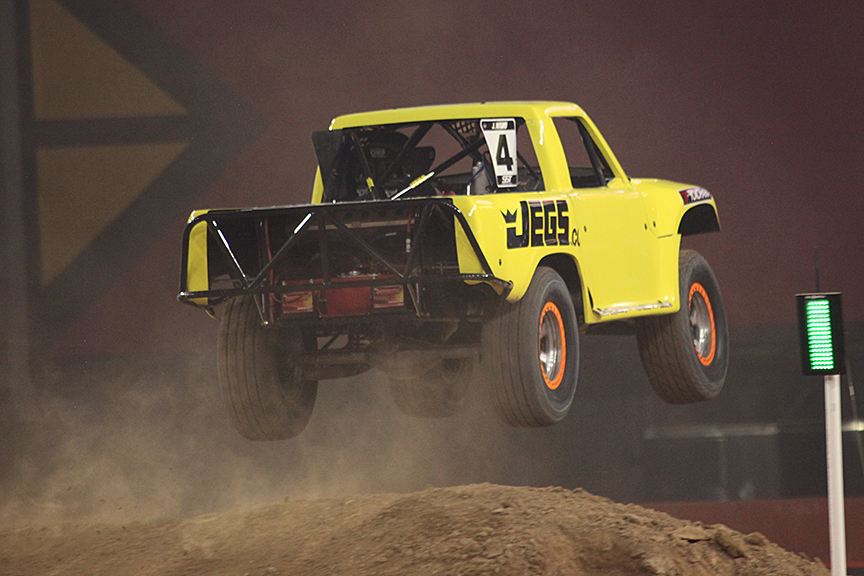 LOS ANGELES (April 26) – Ricky Johnson and the JEGS.com truck are anxious to return to one of the storied venues in motorsports this weekend when they race at the Los Angeles Memorial Coliseum in the Robby Gordon Stadium Super Truck series.

The L.A. Coliseum has hosted numerous sporting events since it opened in 1923, including the Summer Olympics in 1930 and 1984.

The race course in the Coliseum will be different, of course, but the famed jump off through the peristyle will remain.

"One of the unique features is racing through the peristyle," Johnson said. "They're iconic, from the Olympics to USC football games to the L.A. Raiders. Jumping a truck through there and then jumping back down to the field is a thrill that's just found at many racing venues.

"I've done a lot of racing in my life, but the first time you jump through the peristyle back down to the stadium floor scares the crap out of you."

Johnson has since gotten over that fear, but the jump from the top of the stadium to the floor remains part of the unique flavor of racing at the L.A. Coliseum.

"I'm over the fear that it's going to kill me, but it's still jumping into the unknown," Johnson said. "You come through the peristyle and hit the jump to fly down to the field, and you can't see where you're going. When you're sitting in the race truck, all you see is the grandstands 150 yards away. You don't know if there's a truck crashed there, you don't know what's going, so you just jump blindly every lap and hope you don't land on the guy in front of you."

Gordon brought stadium truck racing back in 2013, and JEGS was pleased to partner with a championship like Johnson.

"To be selected by JEGS to race their truck in Robby Gordon Stadium Super Truck series is an awesome honor," Johnson said. "My family, my cousin in particular, are really into drag racing, and my dad has been into automobile high-performance stuff my whole life. To have a brand like JEGS on the side of the truck I'm driving and to be the first off-road vehicle they sponsored is so cool. It's breaking into new markets. JEGS is performance across the board, so I couldn't be happier."