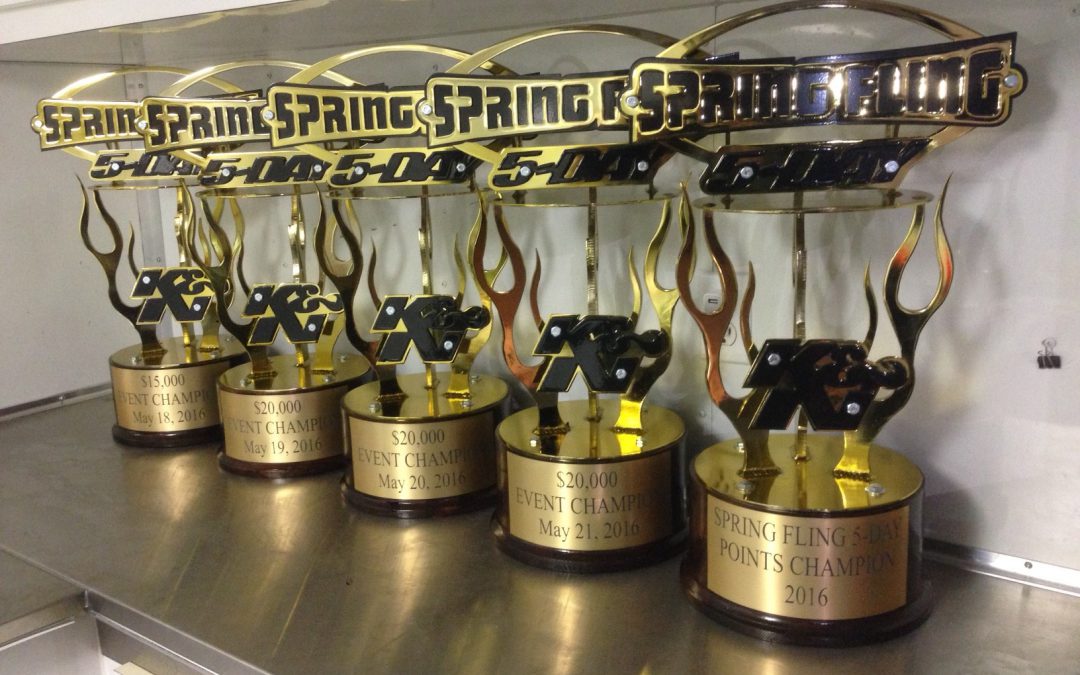 After a successful K&N Spring Fling Million presented by Optima Batteries in Las Vegas last month – an event that saw over 500 racers take part in four separate races with the main event, the Million paying $270,000 to the winner – the festivities move this week to the famous Bristol Dragway in the middle of Tennessee’s Thunder Valley.

The action begins on Tuesday with a test and tune session for all competitors along with the Racetech/American Dragster Shootout with both the winner and runner-up receiving a brand new dragster. Yukon Gear & Axle Wednesday will find racers competing for the $15,000 first place money. Thursday, Friday and Saturday the payout increases to $20,000 each day with sponsorship from FTI Converters, Optima Batteries and JEGS respectively.

Last year’s event found over 350 racers from all parts of the country taking part in the festivities which not only includes the actual racing but also the Sparco Racer Appreciation Barbeque where random product awards are handed out. This year, as in the past, numerous sponsors have chipped in with product awards totaling over $60,000 that is awarded to racers in any number of methods from Best Losing Packages each round to randomly selected winners.

A Spring Fling tradition enables door cars to race door cars and dragsters versus dragsters until the ladder round of 16 cars or less. Thursday night the PAR Racing Engines Door Car Shootout will pit a limited field of 32 door car racers racing for $10,000 to win.

Friday morning will also bring out the patented Spring Fling $20,000 Challenge. Twenty randomly selected racers will attempt one hit at the Christmas tree with any .00X reaction time earning a crisp $100 bill. A perfect .000 reaction time earns that driver $1,000 cash. That driver will then be invited back to try it again in which if he or she succeeds in another perfect reaction time, it’ll be worth $10,000.

If you can’t make the event in person, thanks to JEGS, Mickey Thompson Tires and Motor Mania TV, the entire event will be streamed live on the MotorManiaTV.com website. Keep your eyes and Internet pointed to www.bracketraces.com for daily results.