Late-round finish a sign of progress for Troy Coughlin Jr. 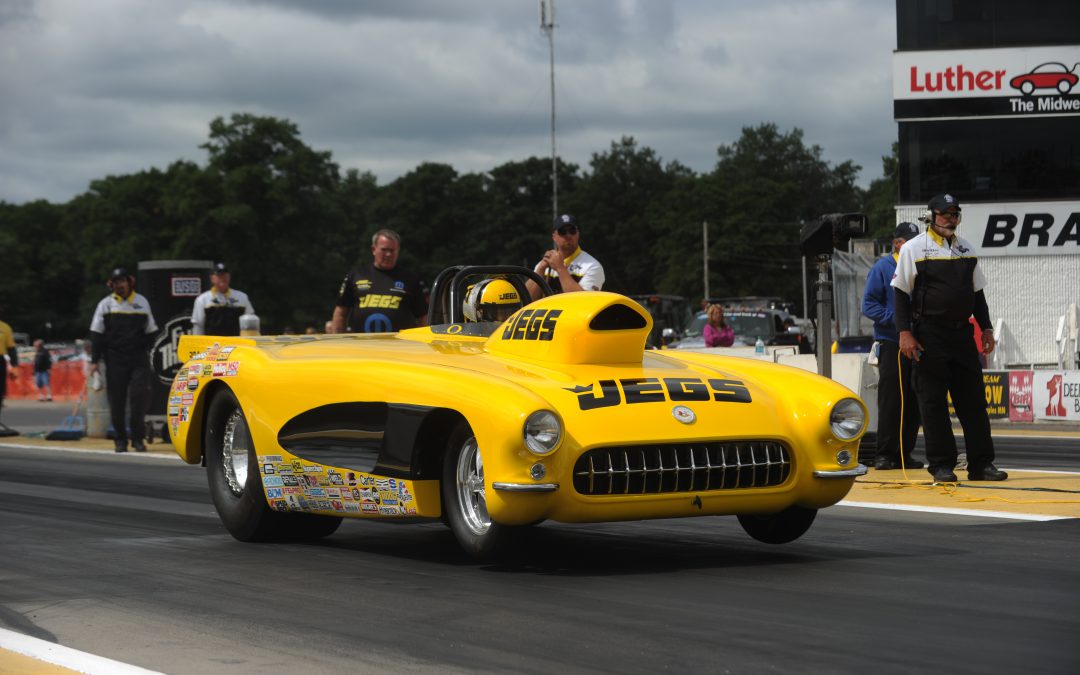 BRAINERD, Minn. (Aug. 20) – Barely a month into his Super Gas career, Troy Coughlin Jr. already is showing signs of great progress. Behind the wheel of his JEGS.com entry, the third-generation racer reached the fourth round of eliminations at this weekend’s Lucas Oil NHRA Nationals in

In Brainerd, Coughlin made some of his best runs to date, including a near-perfect 9.901-second run in Round 2 against Division 5 JEGS Allstars representative Donnie Durenburger and a narrow 9.92 to 9.94 win against Len Strauss in Round 3.

Coughlin’s bid for a victory came up short in round four against eventual winner Luke Bogacki. Coughlin ran a 9.911 elapsed time on the 9.90 index, but lost to Bogacki’s slightly-better 9.909-second run.

"Luke is one of the toughest racers out there and I knew I needed something special to beat him," Coughlin said. "He had me a little off the starting line and I just couldn’t get around him. I had a good game plan, but we just didn’t execute it very well."

Coughlin’s Super Gas education has been accelerated by the presence of his father, Troy Sr., who served as his crew chief in Brianerd, and his world champion uncle Jeg, whose is a five-time Brainerd winner himself.

"My dad and uncle Jeg have both forgotten more about Super Gas racing than I’ll ever know so it’s great to have them in my corner," Coughlin said. "They are able to help with everything from how we set the car up to how I drive at the starting line and the finish line. The more runs I make, the more I’m really starting to like this car. I can’t wait to go to and Indy."

Coughlin will race again next weekend at the annual North Central Division Lucas Oil Series event at in , followed the next weekend by the Mac Tools U.S. Nationals, an event that he won in 2009 while racing in the Super Comp class.