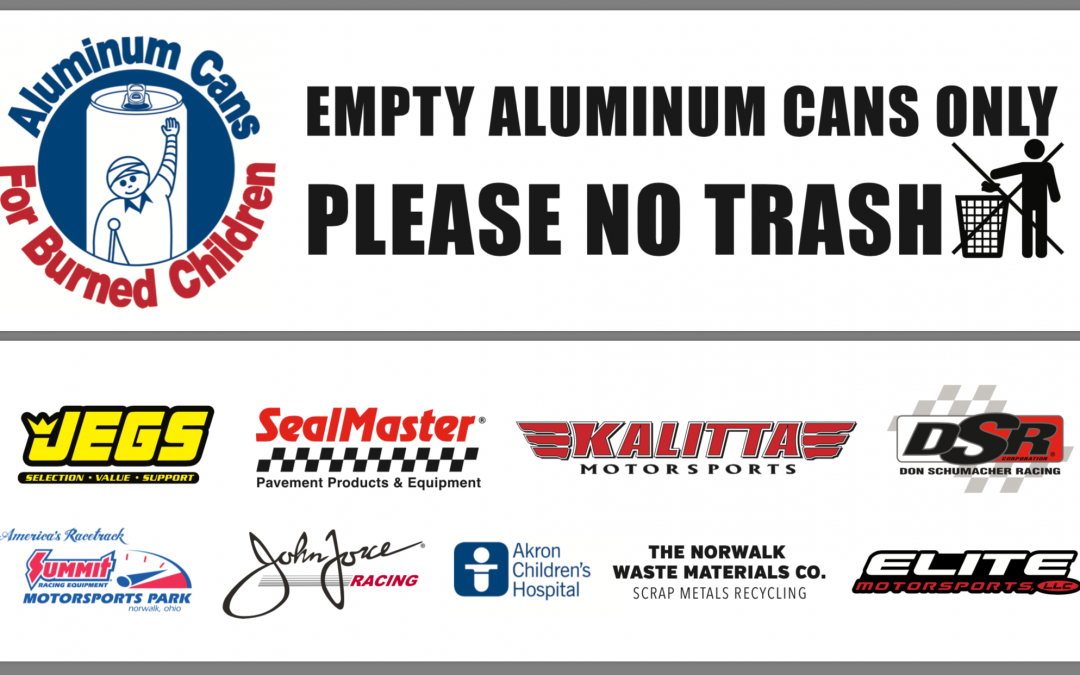 "Last year the wife and eldest daughter of our PR guy Scott “Woody” Woodruff were burned in a kitchen fire at their home in North Canton (Ohio)," Coughlin Jr. said. "Naturally we were all very concerned and although their injuries were pretty severe and took a lot of recovery time, they came out of the ordeal with flying colors.

"In visiting them multiple times at the hospital I was personally struck by how genuinely concerned and fully supportive the staff was and I decided to look into how we could help them. We heard about the Akron Children's Burn Camp, which is part of Akron Children's Hospital, and figured it was the perfect fit for us."

Thinking about the enormous amount of recycling that could be done each race weekend, Coughlin Jr. grabbed the idea of an aluminum can drive with all proceeds going to the burn camp.

"We all love Mello Yello and all the other Coca-Cola products we drink at the races and we decided to ask around and see who would help us collect all those cans when we're done with them," Coughlin said. "The NHRA gave us its blessing, the Bader family, who own the track were 100 percent behind the idea and a bunch of drivers and team owners, including my group at Kalitta Motorsports, quickly lent their support so we were off and running."

Everyone attending the event, from fans, local track workers, NHRA officials, Sportsman and professional drivers and all crew personnel will have a chance to participate and help by simply depositing their used aluminum cans in marked recycling bins around the track.

"Thanks also go out to John Force Racing, Elite Motorsports, Don Schumacher Racing, SealMaster, Summit Motorsports Park, and Norwalk Waste Materials and Recycling for making this dream a reality," Coughlin Jr. said. "I hope it's a big success and something we can expand on in the future."

Those unable to attend the autograph session or the national event itself are encouraged to make a donation to the Akron Children's Hospital Foundation (write "ACBC Fund" in the memo section), One Perkins Square, Akron, OH  44308.