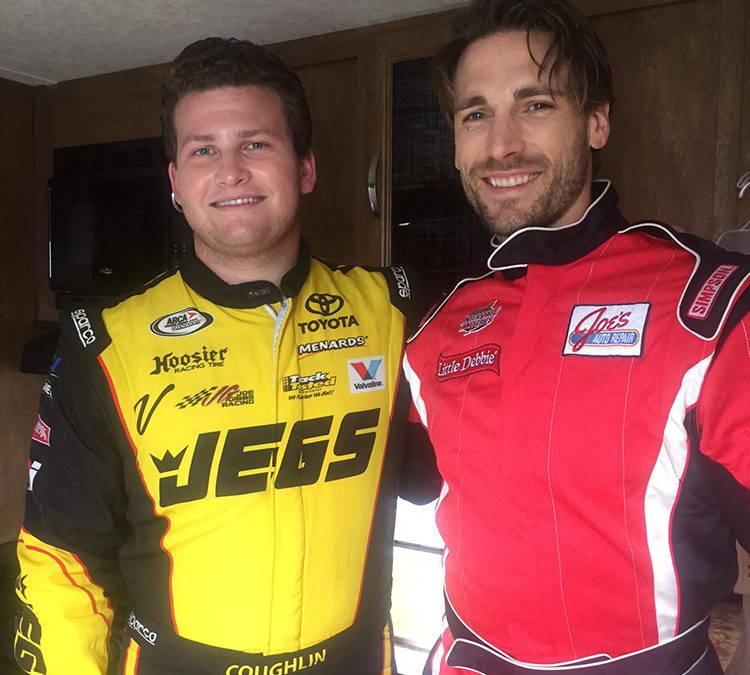 Cody Coughlin is set to hit the track for the first time in 2017 this week at Daytona International Speedway (FL), but that isn’t the only big event happening this year for the 21 year-old race car driver.  Coughlin will also hit the silver screen in 2017 when he makes his film debut this fall in God Bless the Broken Road, a film directed by Harold Cronk.

“I’ve always been fascinated with movies and Hollywood itself, and also how movies are filmed,” said Coughlin, a Joe Gibbs Racing Development Driver.  “To be able to have a part, large or small, in a film is a dream come true.  The film is a perfect fit between Faith and stock car racing.”

The film tells the story of a young mother who loses her husband in Afghanistan and struggles to raise their young daughter on her own.  The film combines elements of faith, country music and stock car racing while paying tribute to those who serve in U.S. Military.

The scene involving Coughlin was filmed at Berlin Raceway in Marne, MI, a track where Coughlin has competed on several occasions.

"It was fantastic having Cody on set with us making his film debut in God Bless the Broken Road," said director Harold Cronk, whose other films include God's Not Dead and its sequel. “We are blessed to have him involved with the film and look forward to watching him tear up the track in the Truck Series."

Jordin Sparks will be performing the National Anthem ahead of Sunday’s Daytona 500 for the Monster Energy NASCAR Cup Series.

Coughlin is competing in the NextEra Energy Resources 250 for the NASCAR Camping World Truck Series at Daytona International Speedway (FL) on Friday, February 24th in the JEGS.com/ RIDE TV Toyota Tundra for Thorsport Racing.  Coughlin is competing full-time for Rookie of the Year in the NASCAR Camping World Truck Series in 2017.

Thorsport Racing will conduct a Facebook Live session with Coughlin and Andy Fraser (Film Producter) on its Facebook page on Friday, February 24 at 12:30pm.  Fans are encouraged to partake by asking questions to either Coughlin or Fraser.