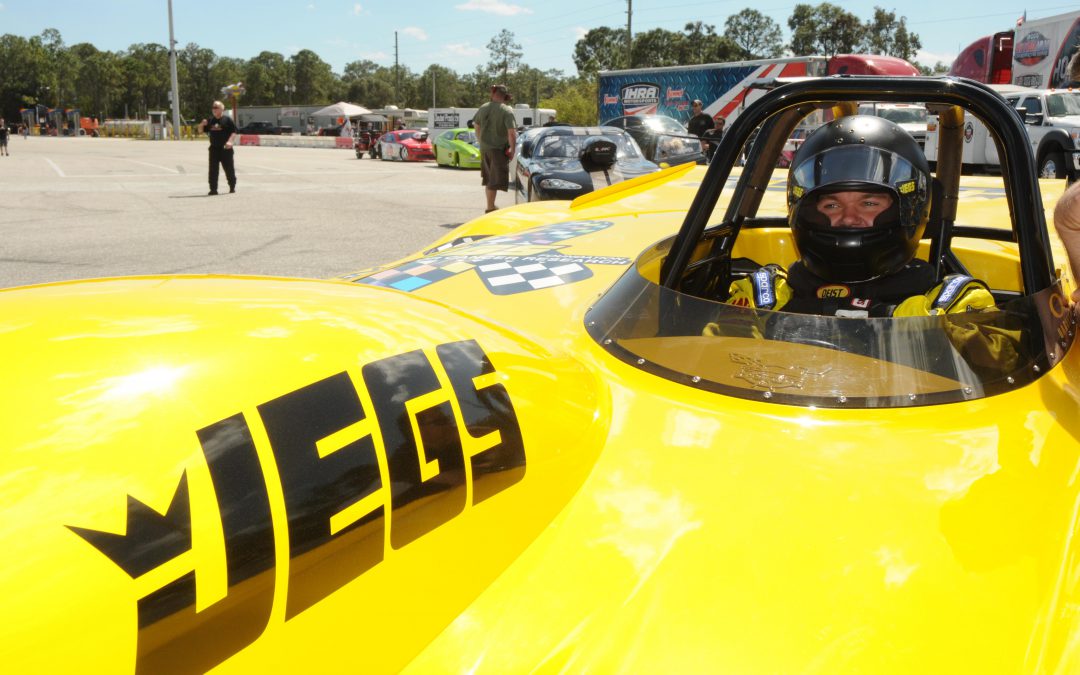 NORWALK, Ohio (May 18) — Team JEGS drag racers Mike Coughlin and Troy Coughlin Jr. love competing — and winning — in their home state of Ohio, and they will have a whopping six chances at securing a trophy at this weekend's Cavalcade of Stars presented by Budweiser in Northwest Ohio.

Due to a rain postponement at the first Division 3 race of the season three weeks ago in Indianapolis, there will actually be two full races contested this weekend in Norwalk, and both Mike and Troy Jr. are anxious to see how things turn out.

"We're both still alive in the Indy race and then we have the scheduled Norwalk race, so it'll be a great chance to gather a whole bunch of points in just a few days time," Mike said. "We all get there, have one shakedown run, and then pick up right where we left off in Indy. Basically, the time trials for this weekend's race have been replaced by the continuation of Indy eliminations."

Racing for the first time in the Top Dragster class, Mike successfully won his opening-round race in Indy before the rain descended on the track.

"To be honest, the rain was a blessing for us," Mike said. "We won (Round 1 in Indy) when our opponent had a red-light (start), which was fortunate because we broke a small part in the transmission during that run. We got it fixed and we were ready to run Round 2 but then we were rained out. That allowed my guys — Greg Cody, Dave Ruark, and Tony Collier — to rework the whole transmission back home and make certain everything is good.

"This dragster is great and only getting better. We're still trying to make the EFI and the blower get along and we feel we're very close. Division 3 Top Dragster is no joke. You're talking about the fastest division in NHRA right now."

As a two-time Division 3 champion in Top Sportsman, Mike should be able to handle the competition in the quicker Top Dragster class. He knows for sure he'll have the support of nephew Troy Jr.

"I love racing with T.J.," said Mike, who won the Top Sportsman trophy at the national event in Norwalk in 2014. "He's a really great racer and is very serious about what he's doing out there. He's already very good at what he does and he's so young. He's going to be winning for a long time."

Troy Jr. will have four chances to collect a trophy this weekend as he competes in both Super Gas and Super Comp. He picks up from Indy entering Round 3 action in both cars and will then race the regular Norwalk event as well.

"Both cars were running great in Indy, so Justin (Beaver, crewman) just cleaned everything up and got everything at 100 percent for this weekend," said Troy Jr., the reigning D3 Super Gas champion. "I've been wearing my new practice tree out trying to mentally prepare myself because we pretty much jump right into the fire after one run.

"I'm pumped up to race with Uncle Mike. He's my racing buddy and we seem to feed off each other really well. I hope he has a big weekend as well."