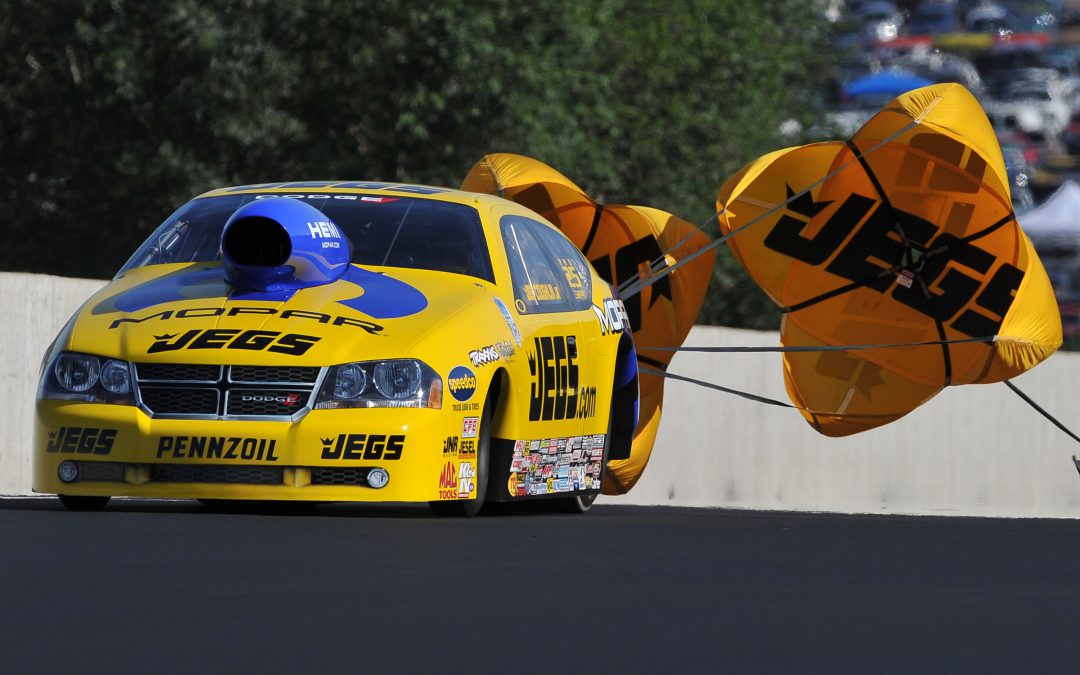 SONOMA, Calif. (July 28) – With a return to milder climes and sea-level elevations, Jeg Coughlin Jr. is optimistic about his chances of making some noise with the JEGS/Mopar Dodge Avenger in Pro Stock at the 25th annual NHRA Sonoma Nationals.

"We've got a car that's trying to respond to some of the changes we're making," Coughlin said. "We were seventh best in that last qualifying session today. Our speeds have been great. It's telling us what it wants and we're responding."

Coughlin will start Sunday's race in the No. 9 spot after a best qualifying pass of 6.650 seconds at 211.36 mph, which he registered Friday. All four of his qualifying passes were within a few hundredths of a second of one another, which Coughlin sees as a good sign.

"We're real, real, close," Coughlin said. "I'm happy with the consistency this weekend so far. I think we'll be able to come out tomorrow and improve on the four runs we've made so far.

"Game day is when you want to perform at your peak and we want to have a strong game day."

Coughlin added that the cool conditions in California's wine country has been especially helpful in gathering data.

"It's been a breath of fresh air," Coughlin said. "The air is cooler, even though the sun is as intense as it always is. The breeze has helped the track stay cool, which has given the whole JEGS team a good foundation to work and improve from.

"It's been a hot summer so this has been a nice break."

Coughlin will face Warren Johnson in the first round of Sunday's eliminations. The venerable veteran qualified No. 8 with a best pass of 6.554 seconds at 210.11 mph.

"We've crossed paths dozens of times in the past 15 years," Coughlin said. "He's been showing a nice resurgence in his performance lately but with the improvement we're expecting and the fact I plan on letting out the clutch first, hopefully we can reach the finish line first.

"We're going to take what we've learned in the past couple of runs and step up our game tomorrow."

Eliminations for the NHRA Sonoma Nationals get under way at 11 a.m. PDT on Sunday.