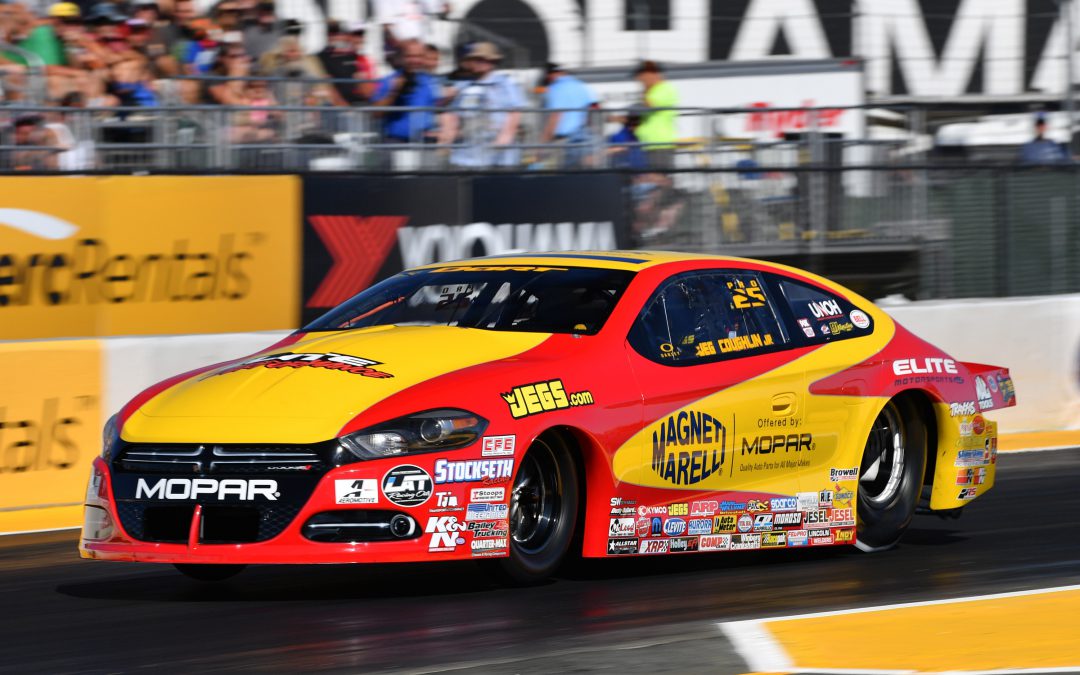 SONOMA, Calif. (July 30) — Jeg Coughlin Jr. has two trophies from Sonoma Raceway, claimed in 2003 and 2010. He'd love to earn a third Sunday when eliminations for the Toyota NHRA Nationals begin live and nationwide on FOX TV.

"It's great that FOX has given us these live positions on the main network," Coughlin said. "It's big for the sport and for all the racers. Certainly we'd love to have a big day tomorrow with all those extra eyeballs on our Magneti Marelli offered by Mopar/JEGS.com Dodge Dart.

"It will be a tough row to hoe as it as been at most of the races this year, but you know if we knew the winner already, we wouldn’t race tomorrow. So, we’ll work hard tonight, work hard in the morning and go out and race our hearts out tomorrow."

"We're riding kind of on a small high coming out of the Denver race," Coughlin said. "We ran pretty well in Denver at our title sponsor's biggest race and with it being the only race where we're at such extreme altitude we were looking forward to transitioning here to sea level and maybe running even better.

"No doubt we stumbled a little bit just kinda getting it going here. The last session (Saturday) was probably our best session of the four and despite the heat we probably made our best run there relative to the field so we will take that away as a positive.

"I know this: We’ve still got a ton left in this car as far as getting it efficient in the first 20, 30, 40 feet but I have no doubt that we will get it there. This is a team of hard-working guys that are used to winning a lot of races. Everyone is hungry."