Many reasons why the Gatornationals has become a special event for Jeg Coughlin Jr. 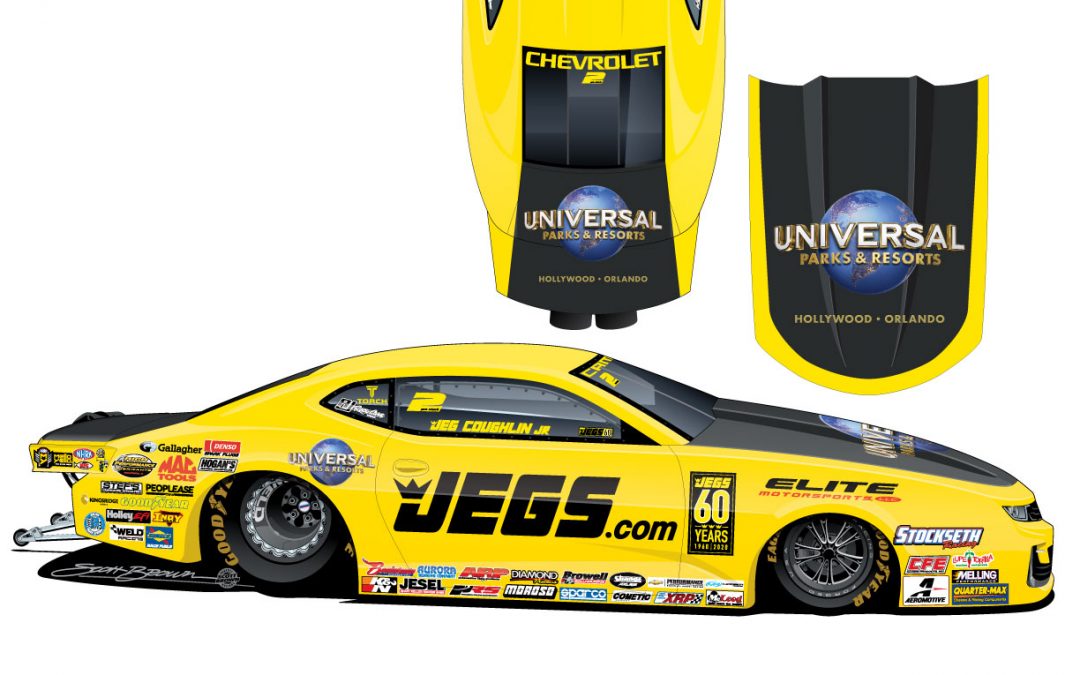 Troy Coughlin Jr. will have a special ‘passenger’ in his Pro Stock car in Florida

GAINESVILLE, Fla. (Sept. 23) — Five-time Pro Stock world champion Jeg Coughlin Jr. has a laundry list of reasons why he’s excited about this weekend’s 51st annual Amalie Motor Oil NHRA Gatornationals, and perhaps the most exciting one of all involves his teammate and nephew Troy Coughlin Jr..

At the top of the list is the recent announcement that Troy Jr. and his beautiful wife Brenna are adding another member to the Coughlin family in the months ahead, and it’s a girl!

Secondly, Jeg Jr. is just seven points off the NHRA championship points lead, meaning he has a great chance to regain the No. 1 spot he’s held for the majority of the 2020 season at this event.

Next, his powerful JEGS.com Elite Motorsports Chevrolet Camaro will have a special design this race promoting Universal Studios Parks & Resorts in Orlando & Hollywood, his family’s No. 1 go-to theme park destination.

Finally, both Jeg Jr. and Troy Jr. have the honor of flying the colors of Mia’s Miracles on their respective hot rods, bringing worldwide attention to PGA Tour professional Camilo Villegas and his wife Maria’s very special charity that honors their daughter Mia, who passed away in July after battling tumors on her brain and spine. 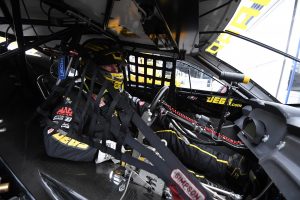 “There’s certainly a lot of exciting things going on,” Jeg Jr said. “We are looking to rebound from a U.S. Nationals where things didn’t go as planned and after some pretty extensive testing in Tulsa (Okla.) we feel as though we’re back to where we’ve been all season. The Gators is a marque event and it’s the perfect place for us to get back to our winning ways.

“The Universal Studios Florida design makes the car look very stealthy and aggressive. It’s ready for the fight. We had the chance to visit the park in February and it was an amazing experience. From the old school rides we all remember to the modern day experiences with all the latest technology, I didn’t know what I was stepping into. I was completely blown away and can’t wait to get back.”

In the first five races of the year, Jeg Jr. has raced to two victories in three final-round showings. Dating back to last year’s playoffs, Jeg Jr. has been to six finals in eight races, collecting three wins along the way.

“We don’t know what the future holds so we’re very focused on regaining the top spot from our Elite teammate Erica Enders with a big-time showing this weekend,” Jeg Jr. said. “We’ve had an aggressive mindset dating back almost a year now, since the start of last year’s playoffs, and we’re going to stick to that program.

“Having a chance to bring attention to Mia’s Miracles is another huge motivator for us. Our friend Camillo Villegas and his wife Maria’s loss has staggered all of us and we’re hoping to get as much TV time as possible and get the word out about their charity, which helps others in similar situations to the tragic situation they endured.

“I’m actually wearing a special Nick Pastura-designed helmet with a Mia’s Miracles theme this weekend and I’m going to present it to Camillo and Maria after the race.

“On a much brighter note, we’re all celebrating Troy and Brenna’s big news. I know my nephew is going to be a great father and Brenna is always awesome. We can’t wait to see her.” 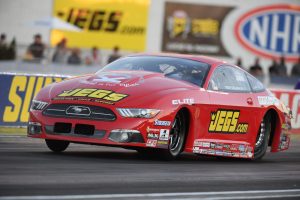 Troy Jr. will have a constant reminder of his daughter’s pending arrival in his JEGS.com Elite Motorsports Ford Mustang as he plans to adorn the dashboard with the latest 3D ultrasound images of his little girl.

“Talk about motivation,” Troy Jr. said. “It’s just such a blessing to have a little baby coming into our lives. We can’t wait to see her 20 weeks from now. My dad (three-time Pro Mod champion Troy Coughlin Sr.) says having a kid changes everything and I’m starting to realize he’s right. I’m excited and nervous at the same time.”

Troy Jr., who collected two regional championships in Top Alcohol Dragster in the last two years, has competed at four of the five Pro Stock races this year. His best outing came at the third Indy race where he surprised everyone by reaching the finals, eventually taking runner-up honors behind his uncle Jeg Jr.

“I’m trying to keep everything simple,” Troy Jr. said. “I’m focusing all my attention on the next pass and not thinking beyond that. The idea is to be the best I can be in the car each time I go down the track. I want to hit my shift points and bring good data back to my crew chiefs, Rick Jones and Mark Ingersoll.

“Last week we went testing and I was the only driver able to go so I got to make 13 passes in one day. That’s by far the most driving I’ve done at one time. I tested my car, my Uncle Jeg’s car, and Bob Benza’s Camaro. It was a ton of work for the crew guys — Eric Luzinski, Mike DePalma, Robert Freeman and Kelly Murphy — and to see their dedication made me that much more determined to race hard this weekend.

“Being at Elite is like playing basketball with Michael Jordan. There’s so much about it that naturally elevates your game.”