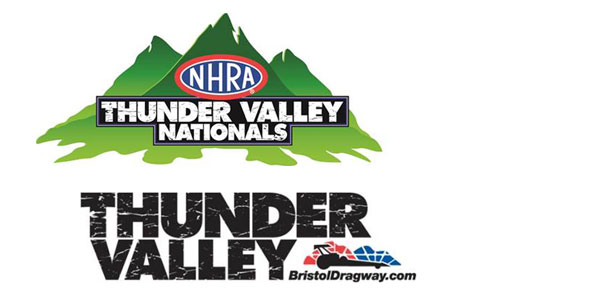 WHAT: Three generations of the famed Coughlin family of Team JEGS will be available for media interviews to preview the 17th annual NHRA Thunder Valley Nationals, at historic Bristol Dragway on Father’s Day weekend, June 16-18. Lunch will be served.

WHO:  Troy Coughlin Sr., driver of the JEGS.com Corvette in NHRA Pro Mod, and a two-time NHRA Pro Mod Series world champion; He has claimed nine career victories and was runner-up at Bristol in 2013; He started his career in NHRA Pro Stock competition, where he earned three victories, including the 2000 No Bull Invitational at Bristol.

Troy Coughlin Jr., driver of the SealMaster dragster in NHRA Top Fuel and a rookie challenger in 2017 in the NHRA Mello Yello Drag Racing Series; He has raced to three quarter-final finishes and is ninth in points at the controls of the dragster that is owned and fielded by Kalitta Motorsports; Prior to turning pro, he won the prestigious U.S. Nationals in Super Comp and Super Gas and is one of only 63 drivers in NHRA history to win Indy multiple times; He is the son of Troy Coughlin Sr.

Paige Coughlin, driver of the JEGS.com Junior Dragster in NHRA competition, she is scheduled to compete at Bristol Dragway in July during the NHRA Junior Drag Racing League Eastern Conference Finals; She is the daughter of Troy Coughlin Sr.

Jeg Coughlin Sr., Patriarch of the JEGS family racing team, former NHRA racer in Top Fuel competition; All four of his sons have competed and won races and championships in NHRA competition, including John, Troy Sr., Mike and Jeg Jr.; He is the grandfather of Troy Jr., Paige and ten other grandkids; He started JEGS Automotive in Columbus, Ohio in 1960 and continues to offer hot rod enthusiasts the latest racing equipment.