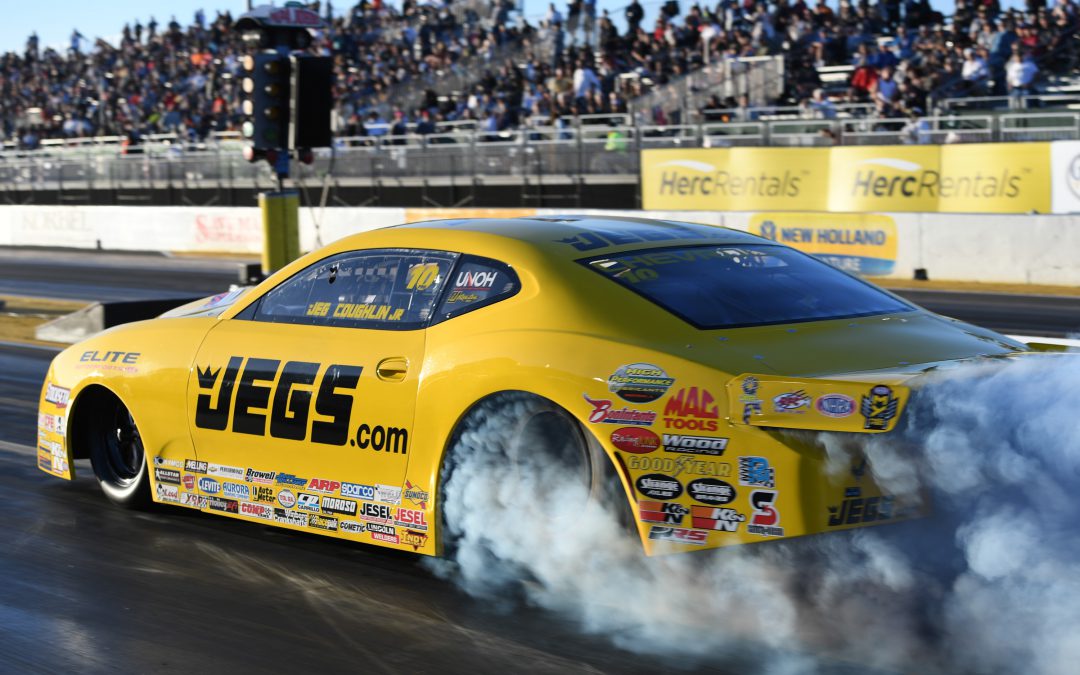 Although he's safely in the field, this race marks just the second time all season that Coughlin has not qualified in the top half of the field. He was 11th best last weekend in Denver.

"We've got a lot of work to do, as evident from our performance thus far," Coughlin said. "It's been a bit mind-boggling, quite frankly, these last few races. We've just struggled.

"After a lot of hard work at the end of last weekend, we felt like we were putting our finger on it coming into this event and the car ran decent the first couple of runs Friday but it still wasn't completely happy. We just tried to tune on it some more today, both in the engine and the chassis."

To date, Coughlin's best races of 2017 took place in Houston and Topeka, Kan., where he finished as Pro Stock runner up. He also was top qualifier in Houston, Charlotte and Bristol, Tenn.

"We definitely have our work cut out for us tomorrow," he said. "It'll be a tough row to hoe but we've got a car that's capable of running up front. If we can continue to give it what it wants and show up tomorrow to race, we might have a chance to pull this off.

"We just ran a 6.600 in Q4, which wasn't a bad run. Low ET of the session was 6.562, so we are about the same place we were on Friday, about four (hundredths of a second) back from the quickest car of the session.

"In looking at the run as briefly as I just did, it certainly has a lot of opportunity to improve left in it and the car felt really solid so there are some positives to take away from it."

As the No. 9 qualifier, Coughlin will open eliminations against Allen Johnson, who qualified eighth with a 6.578 at 210.41 mph. Coughlin has won both previous meetings with Johnson this year.