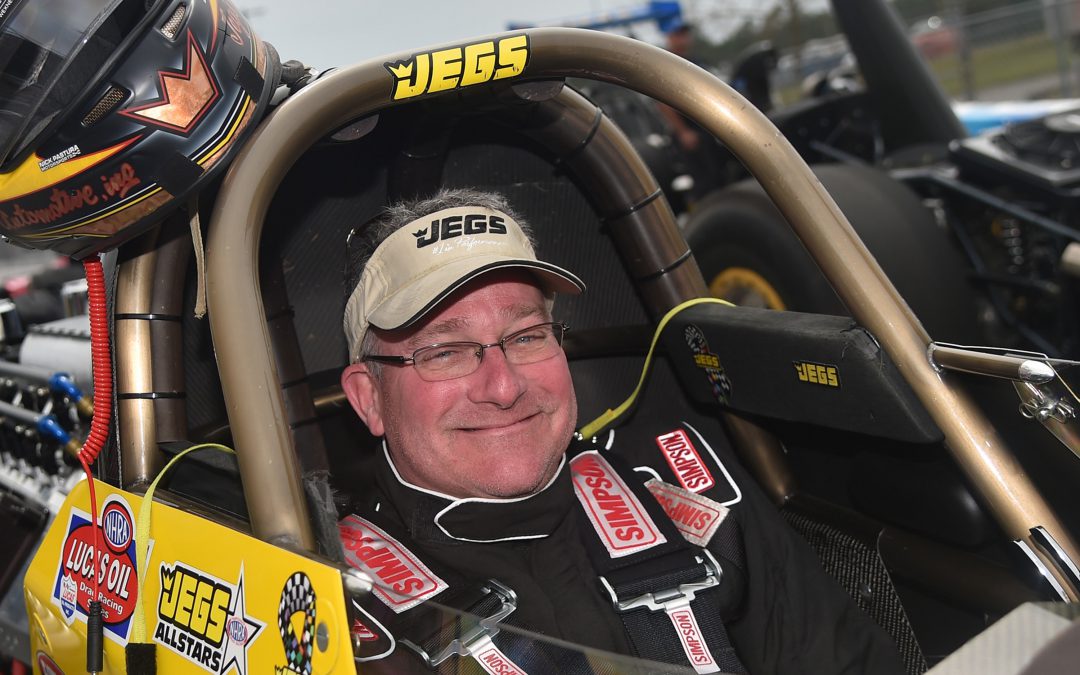 "I love racing at National Trail because it's home for us," said Mike, who hails from nearby Delaware, Ohio. "That gives us a chance to bring the family out to see what we do in person. I know my wife Kriss and my son Clay are coming, for sure. Our crew guys — Greg Cody, Dave Raurk, Ryan Micke and Tony Collier — plus our 400 associates from JEGS headquarters all have the chance to bring their family members as well. It's always a good time at NTR."

"We grew up at this track and certainly I've been down that quarter-mile more times than any other strip in the world," Mike said. "We are coming into this race with a great racecar that has been near-perfect so far. If the driver and the dragster can match up just right, we certainly have a chance to reach the winner's circle.

"I want to thank Steve Long and his staff for the incredible work they've done to the entire facility. They have really brought the track up to top standards and rescued it from possibly slipping away. I'm proud to call NTR my home track.

"I'm excited for our chances this weekend and I'm also excited to race with Paige again. She's just getting started in her career and I've been so impressed with her attitude and her willingness to learn everything she can. She'll go wherever she wants to go in this sport and I hope to watch every step."

Paige is certainly getting plenty of seat time as she will be racing for the third consecutive weekend. Her JEGS.com dragster has been competitive as well, giving her a great level of excitement heading into the race.

"We're back home where I made my first start in Super Comp last year and I'm super excited because I just love racing at Trails," said Paige, currently a senior in high school. "My crew guys, Justin Beaver and Tony Collier, have the car running great, which allows me to concentrate all my energy on driving.

"A few weeks ago in Virginia we qualified for the Shootout and even though it was cancelled by the weather, the fact we had one of the top eight times was cool. I would love to do that again here, then go rounds in both the Shootout and the regular race.

"I've been working very hard on cutting good lights and if we have smooth weather and the track's in good shape, like it always is, then I like our chances."

When not zipping down the track themselves, Mike and Paige will be tracking the progress of Mike's brother Jeg Coughlin Jr., Jeg's wife Samantha, and Paige's brother Troy Jr., who are all racing in Atlanta. They'll also be rooting for Cody Coughlin, who is competing at the JEGS 200 NASCAR Craftsman Truck Series event in Dover, Delaware.