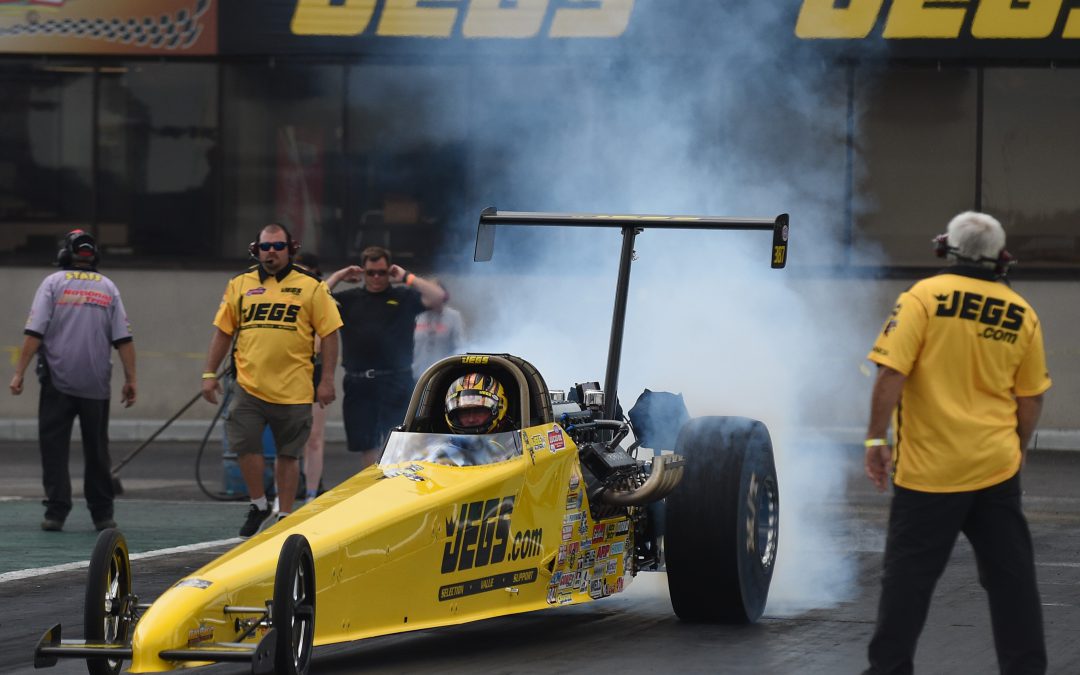 ST. LOUIS (Sept. 26) — With a pair of wins and a plethora of elimination-round victories, two-time Division 3 champion Mike Coughlin has raced himself into contention for the 2017 Top Dragster world title. Now, with just two divisional and one national event left on his schedule, this weekend's sixth annual AAA Insurance NHRA Midwest Nationals at Gateway Motorsports Park could be the race that makes Coughlin's season.

"This is the last national event where I can claim points so it's the most critical race left at this point," Coughlin said. "I start gaining points in Round 3 so if I can get to the final round, I'll be in a really good position. A win would be phenomenal.

"I don't see why we can't get it done. This has been an incredible year for us and the guys have been absolutely fantastic every race. Lots of credit for the position we are in goes to Greg Cody, Dave Raurk, Ryan Micke and Tony Collier. They've given us an awesome chance to make a little history here."

Coughlin has been a force right from the start, winning the season-opening 57th annual Circle K NHRA Winternationals in Pomona, Calif., a race he'd never attended before this season. He later won a Division 3 race in Indianapolis, a track where his family has an extensive history of success.

"Every round up to this point has been so important and every round from here on out is going to feel even bigger," Coughlin said. "I'll be leaning hard on our Proline Racing engine and the ComSync EFI we use on our JEGS.com dragster. The car has been so dependable and if I can do my job behind the wheel, we have a chance. I'm excited to get started."

Currently, Coughlin is ranked fifth nationally, 63 points out of first. He's also third in Division 3, 76 points off the pace.