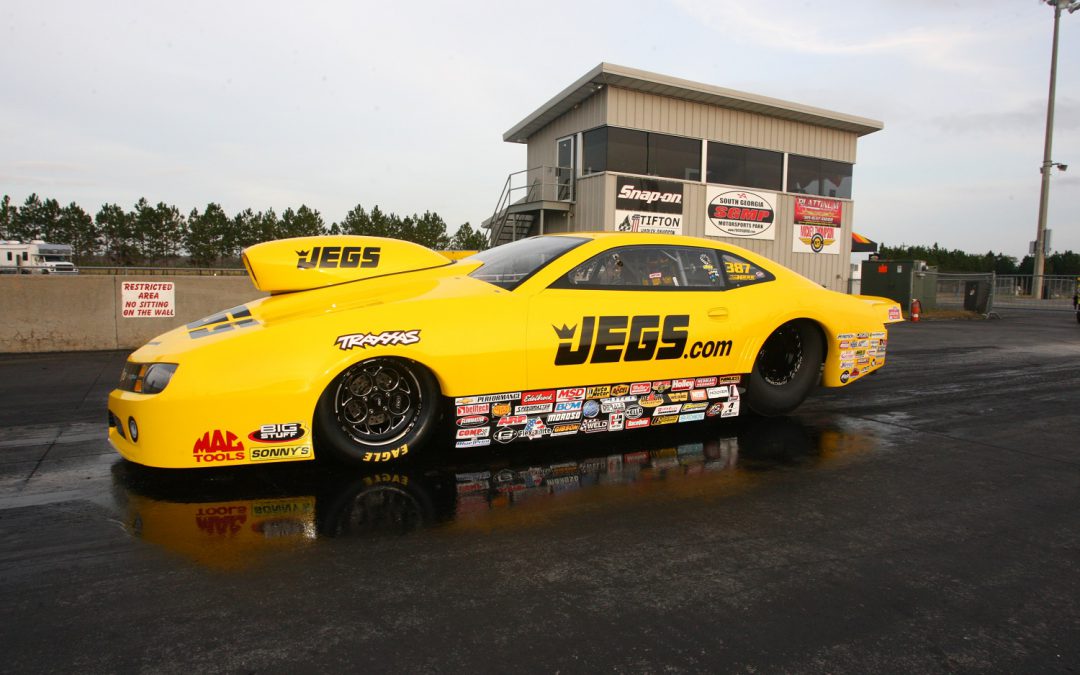 VALDOSTA, Ga. (March 3) — As soon as NHRA announced that drivers in Top Sportsman and Top Dragster would have a chance to win a national championship, JEGS.com veteran Mike Coughlin knew exactly what he wanted to do in 2015.

"We want to run for the title," said Coughlin, one of four drag racer brothers that own and operate JEGS High Performance, an industry leader in the mail order parts business. "By offering up a chance for a national championship, NHRA has injected a ton of excitement into the Top Sportsman category and we're all fired up to get started.

"I haven't put together an exact schedule yet but we'll definitely run enough events to have a shot at the title. Both Top Sportsman and Top Dragster will be contested at more national events than ever before so we'll take in a bunch of those races for sure, plus whatever divisional events work for our schedule. I'm just thrilled with the prospect."

Coughlin will begin his Top Sportsman title quest this weekend with a Division 2 points race in Gainesville, Fla., followed by the Gatornationals one weekend later at the same track. He'll then head to Belle Rose, La., for the JEGS Cajun SPORTSnationals at No Problem Raceway.

"We're going to dive right in with three races in a row, one divisional and two national events," Coughlin said. "We should know where we stand right away."

To prepare for 2015, Coughlin currently is testing a new engine combination in his Jerry Haas-built JEGS.com Chevrolet Camaro at South Georgia Motorsports Park in Georgia. His crew of Greg Cody, Rick Rossiter and Tony Collier elected to reduce the torque in the car's Sonny Leonard powerplant for greater reliability in performance.

"The car was a little too aggressive last year," Coughlin said. "We backed her down just a touch and the changes are definitely working. The rpm's are happy and we're getting the consistency we want from this set-up. That should serve us well moving forward.

"We'll be ready for Gainesville this weekend and next. It'll be great to race the Gators again. It's probably been a dozen years or more since I participated in that event, which I consider one of the old-school classics on the schedule. I know my guys are happy to see some sunshine. It's been nothing but snow in Ohio all winter."

As always, Coughlin will be supported by his wife Kriss and sons Clay and Jack at every event. He'll also be racing alongside his brother Troy and nephew Troy Jr. at the Gators. The two men are scheduled to compete in Pro Mod.