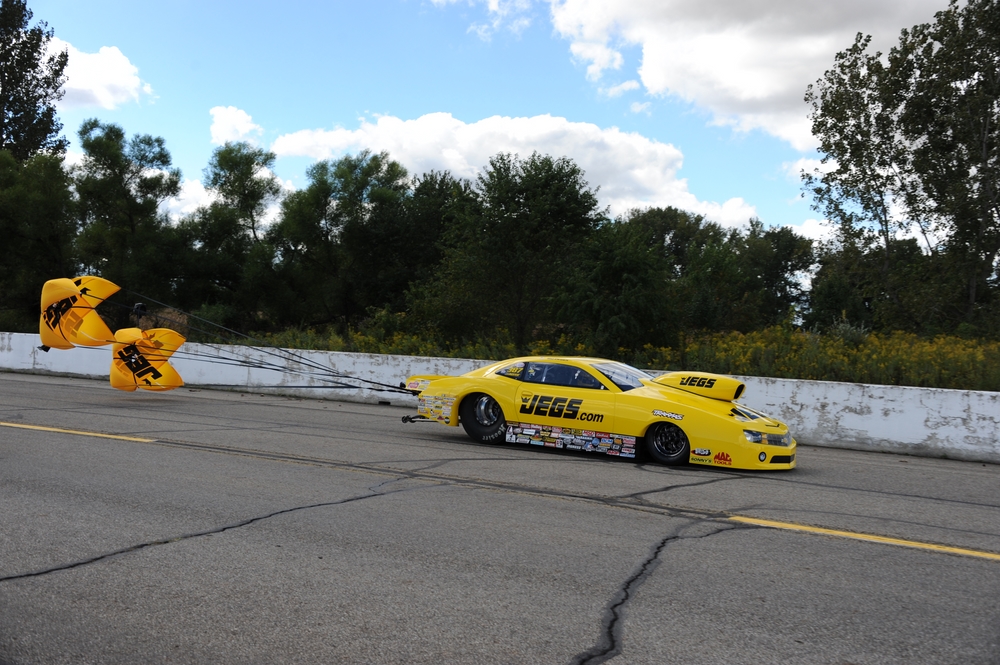 ST. LOUIS (Sept. 24) — Two-time Division 3 Top Sportsman champion Mike Coughlin is hoping a big weekend at the fourth annual AAA Insurance NHRA Midwest Nationals at Gateway Motorsports Park will start a successful stretch run that will place him among drag racing's elite by the end of the season.

Currently fifth in D-3 and 15th nationally, Coughlin knows that racing deep into each of his remaining race days will help him earn maximum points in both title races.

"We had a real good outing last weekend at the JEGS NHRA Northern SPORTSnationals, going all the way through to the semifinals, and I would say we at least need to reach the semi's of these last few races to really have a chance at a top finish," he said. "We certainly have the ability and the equipment; the problem is there are so many great drivers in Top Sportsman this year, like there is pretty much every year.

"The season started a little slower than we would have liked, but since mid-summer we've been going great and it's definitely boosted our chances. I'd like to have some of those early races back but that's not the way it works, so we'll do what we can at the few that are left on the schedule and see how it all shakes out."

One thing Coughlin hasn't accomplished this year in his 11 starts to date is finding the winner's circle, something he'd love to change in St. Louis. He has amassed 12 national event victories in 18 final-round appearances in his illustrious career, dating all the way back to the late '90s. He has also won 11 divisional races in 14 final-round showings.

"Winning races is what it's all about," Coughlin said. "There really is no substitute. That's why we do all the things we do to run around the country and take on the best drivers from coast to coast. It's that pure drag racing deal where you want to line your hot rod up and beat the person in the other lane.

"We've certainly had our share of successes but you always want more. I've actually never won at Gateway, even though it's fairly close to home. I do love the facility and the people there are great. Maybe this year will be our turn."

Coughlin will be racing alongside his brother Troy Coughlin Sr. and his nephew Troy Coughlin Jr., both of whom are competing in the J&A Service Pro Mod Drag Racing series during the St. Louis event. Troy Jr. also will be running in Super Gas, racing out of Mike's trailer. Additionally, Mike's son Clay will be along for the ride.

"It's always fun when we race together," Mike said. "It brings us back to our roots when we were all kids hanging out in the pits helping our dad. The sport has always been about family for us from the very beginning."