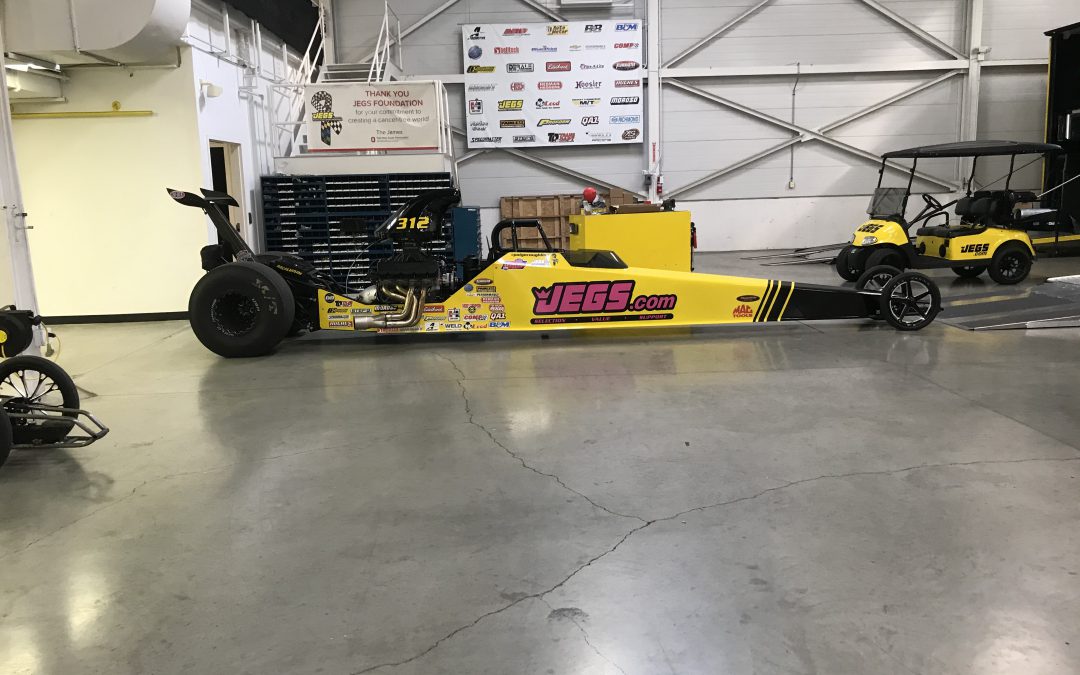 Mike has the best chance to get it done as he sits comfortably atop the Top Dragster standings in the North Central Division heading into the final race on the D3 schedule. The two drivers closest to him in the points, John Strassweg and John Biagi, are more than 40 points back, and can only improve on previously posted races, meaning they can only gain so many points this weekend. Mike, meanwhile, will try to improve on a first-round loss, potentially allowing him even more room to breathe.

"I don't care how they explain it, we're not counting anything yet," Mike said. "We're going to keep swinging, just like we have all year, and try to win the race outright. I know for sure if we win the race, then we'll secure the championship so that's our goal. Obviously, it looks good for us but this is a five-round race so it's definitely not over.

"Greg Cody, Tony Collier, Dave Raurk and Ryan Micke have been giving me a great racecar every weekend and figuring out the Fowler F12 roots-style supercharger we switched to mid-season has been the difference. We basically just put an eye on everything before this race to make sure we're 100-percent ready to challenge for this win and the championship."

Mike has two D3 victories on his 2019 claim sheet — Indy and Chicago — and two strong out-of-division results from back-to-back midsummer races in Sonoma, Calif. He also has the experience of winning two Top Sportsman championships in 2007 and 2009.

"Win, lose, or draw, we're going to celebrate our season this weekend," Mike said. "I'm so proud of the guys. We've had such a good time this year, even more than normal. They always keep their composure and show the same work ethic no matter what we encounter and I think that's the main reason we're in this position.

"I'm also excited to be racing with Paige again. She's done so well and we'll be rooting for her to pull off a big win herself. She certainly has put in the time. By the way, we will both have pink JEGS logos on our dragsters this weekend to support breast cancer awareness month so that's a neat deal too."

Paige's trip to the Division 3 Super Comp championship is a touch harder than what her decorated uncle faces but she definitely has a chance. Currently, Paige is just four points behind class leader Luke Bogacki, but Paige has this one last chance to improve on a second-round loss from earlier this year, while Bogacki has this event plus a race in hand, where he could potentially improve on a third-round exit.

"All we can do at this point is try our best and at the end of the race we'll add up the points and see where we are," Paige said. "We're just four points out of first place, which is less than a round, but Luke has some other ways to earn a few more points so he's in control. To be honest, it's really exciting for me just to be in this position.

"I have a lot of faith in the JEGS dragster and in my crew chief Justin Beaver. We also have Tony Collier helping us this weekend, along with Uncle Mike's crew next door. We are definitely capable of winning rounds and even winning the race itself but I know Luke is one of the best in the world so it's going to be a challenge to catch him."

"I totally look up to my dad," Paige said, "and what's kinda neat is that he won that championship without winning a race all year so he's one of the drivers that's been able to pull that off. I've always wanted to be just like him when I grow up so if I could duplicate what he did in another class that would be crazy.

"I'm so thankful to be here. I'm not really nervous, I'm more excited than anything. I want to win the championship but no matter what, it's been a great year. We've won rounds at every race and we lead the JEGS Allstar points right now. Plus, we're fighting Luke for the championship. What more could I ask for?"