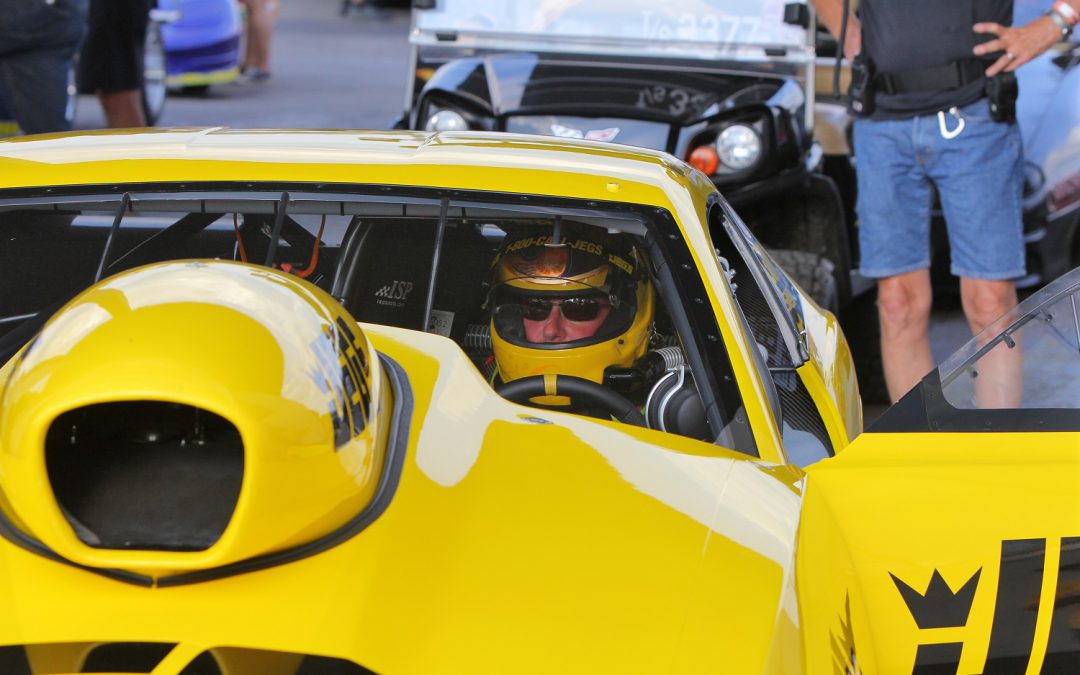 COLUMBUS, Ohio (July 26) — There's no place like home. Just ask JEGS.com Top Sportsman driver Mike Coughlin, who used a big weekend at his home track of National Trail Raceway to power up to No. 2 in the NHRA Division 3 standings.

Coughlin, a two-time divisional champion in the category, raced to a runner-up finish in the rain-delayed Chicago event, run Friday and Saturday at NTR, and then added a quarterfinal result in the regularly scheduled Columbus event to complete his best weekend of the season.

"It's been a struggle, really dating back to last year, but I think we finally turned the corner this weekend," Coughlin said. "You look back at the races we've had over the last six, eight months and see a lot of .00 losses. It's so close every round. There's no doubt you need a little touch of Lady Luck to win out here and we just haven't had it."

Perhaps Coughlin's lowest point, a broken engine at the Norwalk national event the first weekend of July, may turn out to be a blessing in disguise.

"Sonny Leonard builds our motors and he took the busted one back for a total redo," Coughlin said. "They didn't have the same size crank we'd been using, so he put a bigger one in there, and when we got the engine back in the car it was a different animal. We basically had to change everything. We were at square one.

"We didn't get the engine until Thursday, and the first time we ran it down the track was in Q1 of the Columbus points meet. The tune-up was basically an educated guess by my father (Jeg Coughlin Sr.), Greg Cody, Tony Collier, and Rick Rossiter. I'm just so impressed with what these guys were able to do with no testing."

Riding his new horses, Coughlin dismissed Kyle Dumke by .003-second, blazed past a broken Robert Wright, survived a .001-second double-breakout scare from Gary Wojnowski, and took advantage of Greg Clevenger's red-light to reach the Chicago final. It was there his luck ran out as he red-lighted by .009-second to Curt Fredrich.

"I squeezed it a little too hard at the Tree, but by the time we made it to the finals it was all smiles for the JEGS.com team, believe me," Coughlin said. "The biggest factor was having Dad there. He's so good at just reading what you have and making the right calls. I truly believe he's changed our luck for the season."

Joining Coughlin and his father at the event was Mike's nephew Troy Coughlin Jr., who turned pro earlier this year to race in the Pro Mod category but decided to sharpen his skills in Columbus in Super Comp and Super Gas. He bowed out in Round 2 in both of his race cars.

"I went -.003 red in Super Comp and made a bad driving decision in Super Gas, so my day ended earlier than I wanted," Troy said. "I still had a blast with my grandfather and Uncle Mike. Competing at this level is no joke. These drivers are just as tough as the pro drivers. It was good to get some more seat time, and I'm already looking at the next chance I get to compete at the Sportsman level."