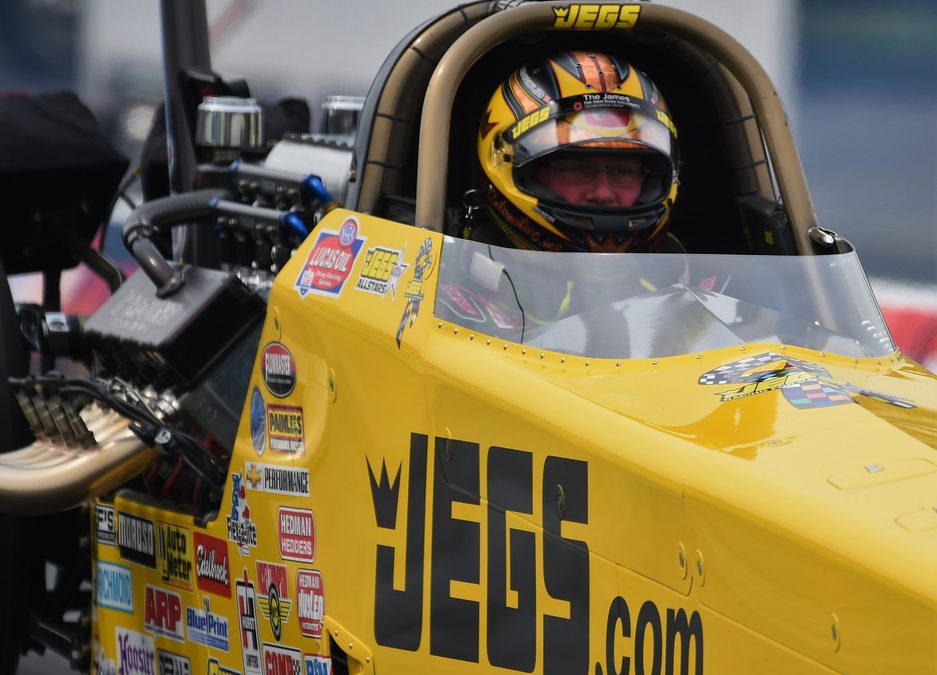 GAINESVILLE, Fla. (March 12) — Two-time Division 3 champion Mike Coughlin is hoping for a carbon-copy start to his 2018 drag racing campaign when the 49th annual Amalie Motor Oil NHRA Gatornationals begin this weekend at historic Gainesville Raceway. One year ago, Coughlin won the first national event he entered in Pomona, Calif., to springboard a concerted run at the Top Dragster national title. He'd love to repeat that feat in central Florida.

"We definitely could win this race," Coughlin said. "The JEGS.com Top Dragster is as good as it's ever been and nothing has changed within the team. We still have the same crew in place and all the parts we could ever need from JEGS. The only thing different is we have one more year of experience, which is a good thing."

To increase his chances of a fast start, Coughlin and crewmen Greg Cody, Dave Raurk, Ryan Micke and Tony Collier, took their racecar through the paces at the Gainesville divisional opener last weekend. The team qualified second overall and went to the second round.

"We didn't change much from last year's set-up with the exception of a few things the guys thought would make us more consistent," Coughlin said. "And that's exactly what happened — the car was very consistent. We could have really made a run at the trophy but the driver wasn't very sharp in Round 2 and we were eliminated.

"We kind of treated the race as a test session but you still want to do well when racing starts. That will certainly be the case this weekend because Gainesville to me is one of the biggest races on the schedule. The history around this event, truly one of the originals, is pretty cool and it's always a neat feeling just to be there."

Adding to the fun on tap at this weekend's race is the fact Mike will be joined by his brother Jeg Jr., who is racing in Pro Stock, and his nephew Troy Jr., who is making his debut in Top Alcohol Dragster. The three of them also will help family patriarch Jeg Coughlin Sr., founder of JEGS High Performance, celebrate his birthday.

"Yeah, Dad's big day is Thursday," Mike said. "They're having a party in Boca, where he lives, that I will likely miss because I'll be qualifying, but we'll be sure to make it up during the weekend when he comes to the track. It's always special when Dad's around to help and offer his advice, plus I love racing with Jeg and T.J.

"I'm also excited to do the track walk with Darrell Gwynn on Sunday morning. The Gwynn family has been a part of our lives since the '70s when Dad was racing with Darrell's dad Jerry and has continued to this day. It'll be an honor to walk with him. I'm also excited to have Jerry Albert joining us this weekend. He's a great driver in Top Sportsman that's off this weekend so he's coming along to help us. Everything is in place for a big weekend."