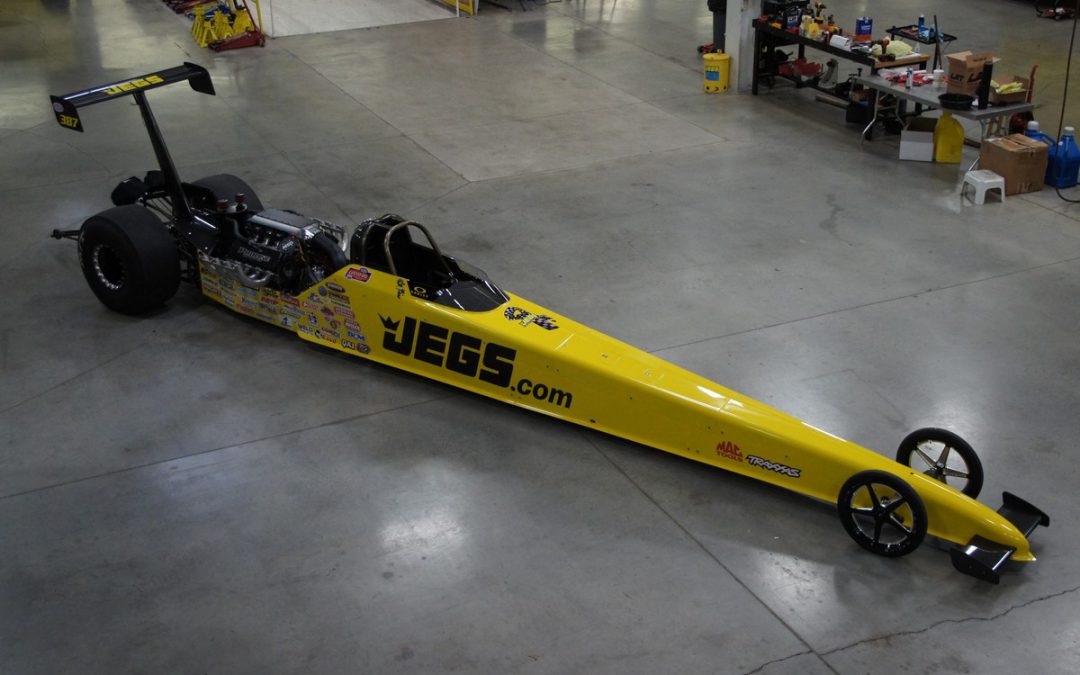 INDIANAPOLIS (April 27) – JEGS.com driver Mike Coughlin begins a new chapter of his career as the North Central Division of the Lucas Oil Drag Racing Series kicks off its 2016 season this weekend with the Ray Skillman Spring Spectacle of Speed at Lucas Oil Raceway.

Coughlin, one of four brothers who run JEGS High Performance, is debuting a new race car in the Top Dragster class.

"It's definitely a new endeavor for us," Coughlin said. "We switched from Top Sportsman to Top Dragster this year, and we had Dan Page build us a car that's pretty much a work of art."

Mike will race this weekend with nephew Troy Coughlin Jr., who begins his quest for the national championship in Super Gas and Super Comp.

Mike, though, is facing a new challenge with a new division – and a new race car.

"We're trying to get it shaken down today," Coughlin said. "It's working good. We'll make some changes for tomorrow, but it's definitely promising.

Troy Jr. will be mixing it up with the Division 3's best, all while chasing the national titles in two classes. The best five of eight races count for the national title, and getting off to a good start is key, Troy Jr. said.

"We're prepared for what we're about to do," Troy Jr. said. "We're going to try our best. It's really important to get a good start. It puts your confidence at a good level, and in my opinion, it's better to have a good start, just to keep your confidence up.

"A lot of drivers in the other divisions have gotten started, and they're on good rolls. You want to stay with them."

Sportsman racing can be cutthroat, as some of the best in the country will be racing in Division 3. But Troy Jr. is up for the challenge.

"There's usually a big turnout, usually 80 or 90 cars per class for Super Gas and Super Comp," Troy Jr. said. "The D3 is such a stacked division for these classes, and everybody has been working hard over the winter. They've had cabin fever and are ready to go out and race. It's going to be a challenge, but we're in love with it."

The Coughlin family also loves Indianapolis, having tasted success at the famed track over the years. Mike Coughlin won in Pro Stock Truck there in 1999, while Troy Jr. won the U.S. Nationals in Super Gas in 2014 and Super Comp in 2010.

"T.J. and I were talking about that when you pull through the gates, you get goosebumps because of all the history here and the success my family and I have had here," Mike said. "It's one of those iconic places that is special to you. You really see it when you're driving your car back up to the return road: You see the tower, the bridge and all that. You think, 'That's pretty neat. We're at Indy.'"