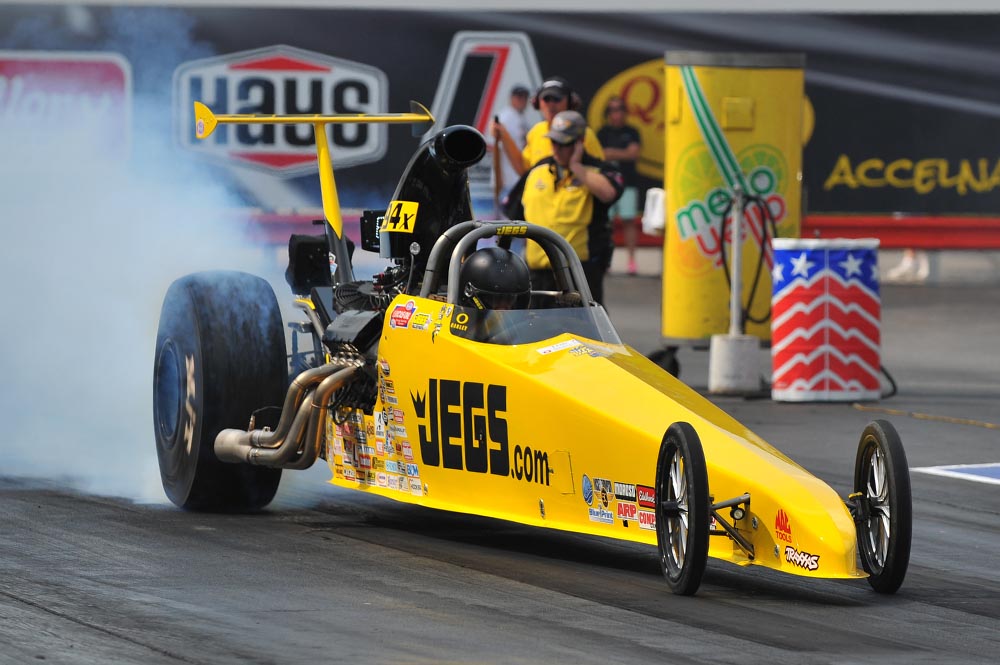 REYNOLDS, Ga. (Oct. 15) – The JEGS.com team of Mike Coughlin and Troy Coughlin Jr. hope to close out the NHRA Lucas Oil Drag Racing season on a positive note at the final Division 2 race this weekend at Silver Dollar Raceway.

Mike will race his Top Sportsman Chevrolet Camaro, while Troy Jr. takes a break from his Pro Mod season to race in the Top Dragster class.

Troy Jr. will compete in his JEGS.com dragster that usually is raced in the Super Comp class.

"First off, I hope to qualify," Troy Jr. said. "The traditional Top Dragster cars are way faster than a Super Comp car, and those guys usually tune 'em up to run during qualifying. Once we get in, if we get in, then the field evens out because they'll back off and just run."

At that point, the race is back in the hands of the driver.

"It's a bracket race once eliminations start, so consistency trumps speed," Troy Jr. said. "The car has run great all year, so if I can make the field I feel like I can race with them. I love this kind of racing.

"I'm also using this race to prepare for the Million Dollar race the following weekend in Montgomery, Ala. This will be a great race to get ready for that."

Mike Coughlin, Troy Jr.'s uncle, is 20th in the Lucas Oil Drag Racing Series points standings for Top Sportsman, as he is running for national points for the first time in his Sportsman career.

"It's been a fun year racing for national points, and I've learned a lot along the way," Mike said. "Of course, the best way to get the most points is to win races, and we'd love to close out the season by winning races. It'd be great to get one here, but we all know these races are tough to win.

"Greg Cody, Rick Rossiter, Tony Collier and everyone on the JEGS team has worked really hard getting this cars prepared all year, and I'd love to reward them with a win."

"Breast cancer awareness is very important," Troy Jr. said. "Lots of times cancer has touched our family, so we try to do all we can to help. The JEGS Foundation supports cancer research, and that's very important to all of us."