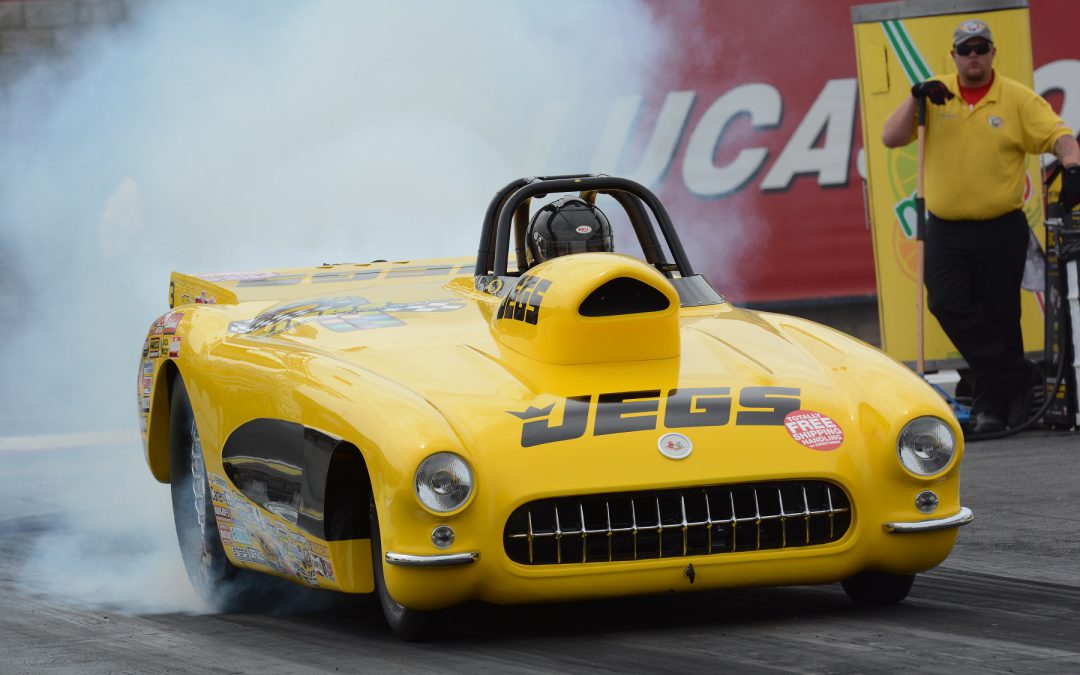 Mike Coughlin returns to his Top Sportsman Camaro for the third Division 3 race of the season, while T.J. will race his Super Gas and Super Comp cars in Joliet.

Mike Coughlin debuted the new JEGS.com Camaro earlier this year, but after a first-round red light in Norwalk, Ohio in the most recent Division 3 race, his crew of crew chief Greg Cody, Tony Collier and Rick Rossiter retooled the cockpit.

"I just didn't have a good feel," Mike said. "So we went back to a different style, to the way we used to do it in my old car, as far as seat position, transbrake button and bracing your arm when you're trying to get comfortable. All those things play a factor in your reaction time, so I went back to the old method. I'm really excited to try it out this weekend."

Mike, the 2007 and 2009 Top Sportsman champion in Division 3, is hoping to go deep into eliminations in Chicago.

Mike also hopes to get more qualifying rounds this weekend than in Norwalk, where weather allowed only one run before eliminations.

"I'm still getting used to my new car, so the more I race it, the more I am getting comfortable," Coughlin said. "The more you get comfortable, the results are always better."

Mike will be joined in Joliet with his son Clay, an up-and-coming Jr. Dragster driver. Jack, his other son, will be competing in a U.S. Kids League golf tournament this weekend.

Nephew T.J. – the son of 2012 NHRA Pro Mod champion Troy Coughlin – will also be a part of the JEGS contingent. He'll be a busy driver, hopping between the Super Gas and Super Comp cars.

"You have to base your experience and your decision-making from car to car, and you set up for the next car."

T.J. wants to focus on doing his best behind the wheel, letting the results fall where they may.

"We're hoping to get a tenacious hold on the conditions," Coughlin said. "I also hope to be really consistent with my emotions as a driver, and let the outcome just kind of happen. It'd be nice to win the race, but we'll worry about that when we get there."