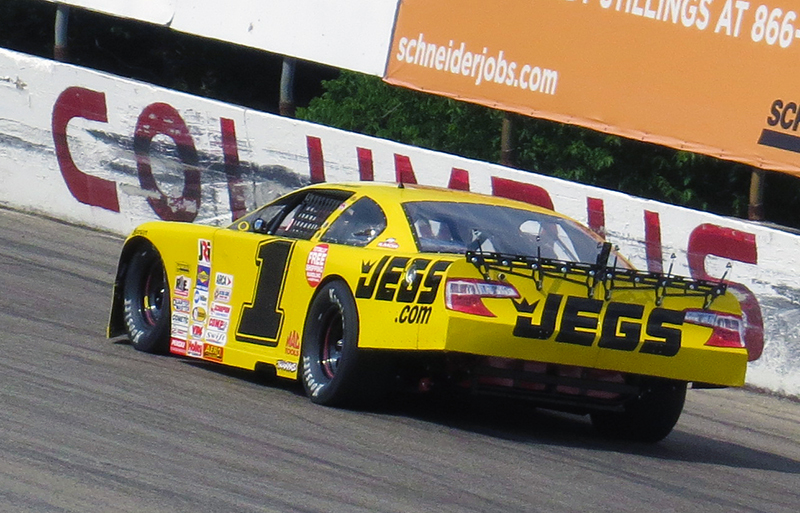 The car was fast.  The driver was eager.  The fans were excited.

The only person not in a happy mood Saturday at Columbus was Mother Nature.

Joe Gibbs Racing Development Driver Cody Coughlin topped the speed chart in practice for the JEGS 125 ARCA/CRA Super Series event at his home track in Columbus, Ohio, but shortly after practice ended the skies opened up with rain, forcing the race to be postponed.  Now, Cody, his Team JEGS crew and the excited fans ready to cheer on the JEGS No. 1 Super Late Model will have to wait a few weeks for a return.

The make-up date will make for a potentially busy weekend for Coughlin.  He is scheduled to make his second Pocono Raceway start of the 2014 season with the ARCA Racing Series on Friday August 1.  The plans currently have Coughlin, his supportive family and some Team JEGS crew members making the overnight trip back home to Columbus to compete in the make-up CRA Super Late Model event.

"We were really good in practice," Coughlin said.  "There were still a few changes we wanted to try after Friday's practice that we were able to do in raceday practice Saturday that really helped the car.  We were near the top of the board on old tires and we went to the top with our mock qualifying run.

"The car was really comfortable in both qualifying and race trim.  I know my Team JEGS crew, Kevin (Hamlin, team manager), Nick (Easton, crew chief), Scott (Wimmer, spotter) and Dave (Holt), were excited for this race.  My dad (John), mom (Di) and sister (Kennedi) were looking forward to cheering me on and we had some family in town to watch this race, so it's a bummer that we couldn't get the race in tonight.  Now we'll just have to wait a few weeks and hopefully make it a good couple days between Pocono and Columbus in August."

Coughlin will be back behind the wheel of his ARCA Racing Series No. 55 JEGS Toyota prepared by Venturini Motorsports in the Herr's Chase the Taste 200 on Sunday, July 6.