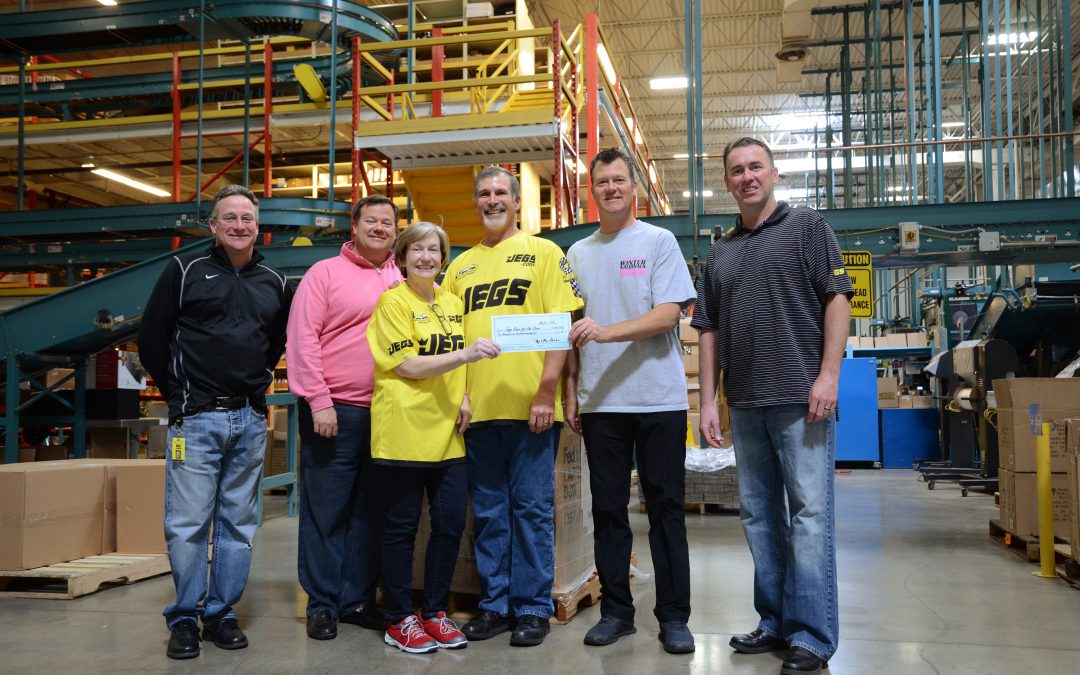 DELAWARE, Ohio (April 16) – Mike "Mr. Aruba" DeChicco has been hosting his charity drag race for several years, but the 2014 edition was the most successful to date.

The 10th annual Mr. Aruba "Winter Nationals" Bench Race and Charity Challenge raised more than $10,000 for the JEGS Foundation, bringing the total raised by DeChicco and Jane Graebner to nearly $40,000.

"I was able to attend this year's event and I sure had a lot of fun," Jeg Coughlin said. "The racing was great, the bench racing was epic and the trash-talking was world class. These folks know how to have fun and we continue to be so honored that they think of the JEGS Foundation and make these incredible contributions each year."

DeChicco started the Winter Nationals in 2005 after he and a few friends decided to have some racing fun in the winter on a practice Christmas Tree. But when DeChicco learned a friend had cancer, he and Graebner turn the fun into a charitable drag race to support the JEGS Foundation Racing for Cancer Research.

DeChicco and Graebner recently presented a check for $10,972 to the JEGS Foundation from the Winter Nationals.

Donations are collected to enter the Winter Nationals, and several race winners donated all or part of their prize winnings.

Chip Foust won the JEGS The Joker is Wild Race and donated the $100 cash portion of his winnings. Foust also won the Race for the Wires, while Ron Richards won the Hemi Challenge.

"This group of friends epitomize what drag racing is all about," Coughlin said. "They race hard but in the end they are great people with big hearts who never hesitate to help where they can. This is why our family loves the sport so much."