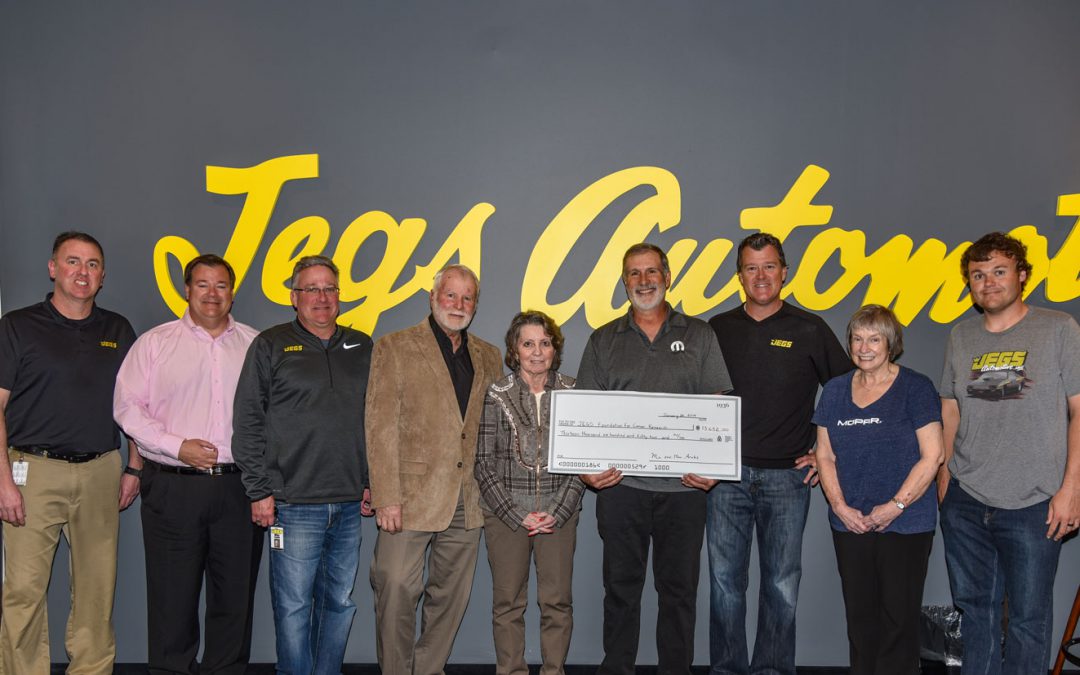 Mike DeChicco and Jane Graebner, aka Mr. and Mrs. Aruba, began the event in 2005, using a practice Christmas Tree in DeChicco's basement, aka Ostrander International Raceway, in Ostrander, Ohio. Family and friends bought-in to participate, with all money raised going to the JEGS Foundation. It's been a mid-winter staple ever since.

"Once again, Mike and Jane, along with a huge group of very generous friends, have simply stunned us all with yet another record amount raised," said Jeg Coughlin Jr., vice president and co-owner of JEGS, which started the JEGS Foundation in 2003. "Everyone involved in this really neat event through the years should be extremely proud of the fact their donations are going directly to cancer research at Ohio State University and Nationwide Children's Hospital.

"Reaching $100,000 is just incredible. From where this started to where they are now, this event speaks volumes as to how much work and dedication they put into this each year. I've participated myself many times now and I can tell you it is a lot of fun, even though I didn't win any category
this year!"

Bill Shoemacher beat Terri McGee to claim the biggest pot of the day in the Gambler's Race and immediately donated back the $790 first-place prize. A total of 44 racers took part in this year's Gambler's Race.

Brad Zaskowski beat Ed Gardner in the Race for the Wires, contested by 23 competitors, while Jeff Day bested Larry Smith in the Chip Foust Memorial Race. Smith kicked back $200 to the JEGS Foundation, which Day pitched in another $100. Mr. Aruba himself won the Beer Eliminator over
Cam Moroschan.

A 50/50 pot of $79 went to Mike Harbolt, who donated it back, and Rick Rondy was lucky enough to win the raffle.