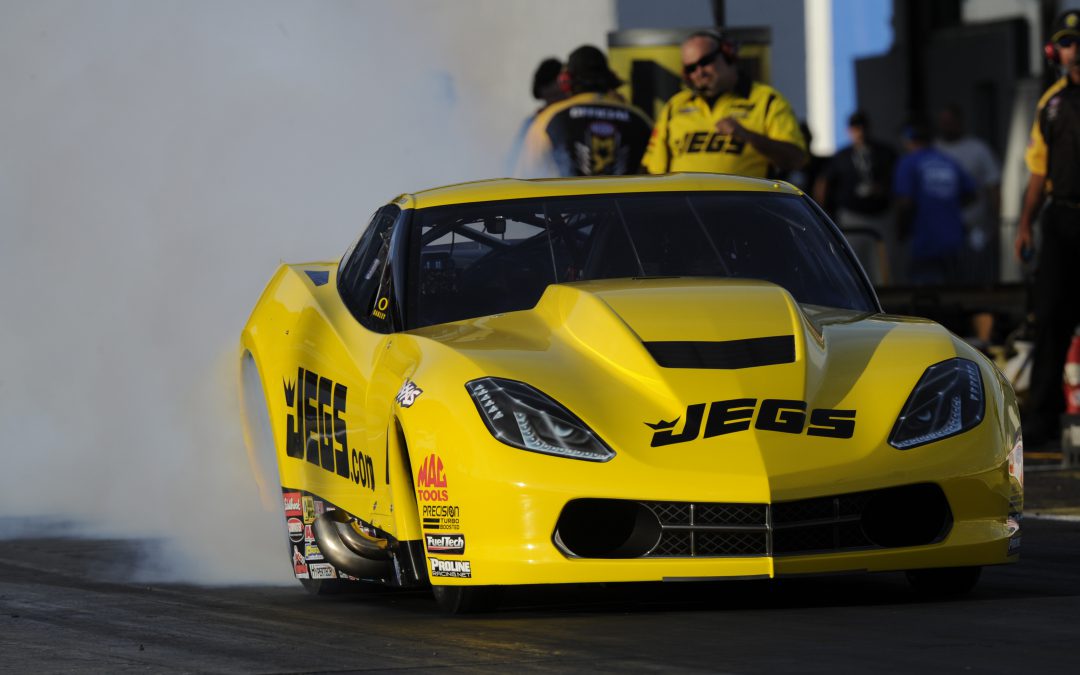 GAINESVILLE, Fla. (March 14) – Not many drag racers have enjoyed a run of success like Troy Coughlin has in the last five years. Racing in the J&A Service Pro Mod Drag Racing Series, Coughlin has a pair of championships (2012 and 2015) and three runner-up results (2013, 2014 and 2016) in the competitive class, making him an instant title contender whenever he rolls through the gates on an NHRA event.

This weekend’s 48th annual Amalie Motor Oil NHRA Gatornationals at Gainesville Raceway will be no exception, and as the official kick-off race for the series, which has expanded to 12 races this year, Coughlin knows a fast start would be a great springboard to another world title.

"We are ready to roll," said Coughlin, who won three races last year, including the season-ending Las Vegas event. "The NHRA changed the rules for nitrous and blown cars but left us turbo guys alone so we didn't have much to change. The off-season was more of a chance for us to look the car over from front to back and just make sure everything was in good working order.

"We really came across a very manageable tune-up at Indy last year and Steve (Petty, crew chief) has just been fine-tuning it from there. Obviously, we ended the year on a very strong run so we feel confident."

Coughlin is especially excited about the expanded schedule with races in Charlotte and Topeka, Kan., added to the roster.

"It affords us a little wiggle room," he said. "With 10 races you just about couldn't afford any mistakes all year. It was just too hard to recover from more than one first-round loss. With two more events we not only get to showcase our class in two new areas, but we all have a tiny bit more space.

"The rules have us all running in the 5.7-second, 250-mph range so the fans should really enjoy the racing more than ever. We are always very well received whenever we show up and now we have two new races to show off. Danny Rowe (fellow driver) should be commended for the work he put in with the NHRA to get the schedule to expand like this. It’s a really great deal."

The two extra events also allows Coughlin to race more with his son Troy Jr., a rookie in the Top Fuel class, and his brothers Mike and Jeg Jr., who race in Top Dragster and Pro Stock, respectively.

"We've always raced as a family and that will continue this year," Troy Sr. said. "Jeg and Mike are always in contention every weekend and to see my son realize his dream of running a Top Fuel dragster in person every race will be so special to me.

"We also plan to see Dad this weekend in Gainesville, celebrating his 79th birthday. He's the reason we're all in this sport and he's still a very valuable resource for all of us."