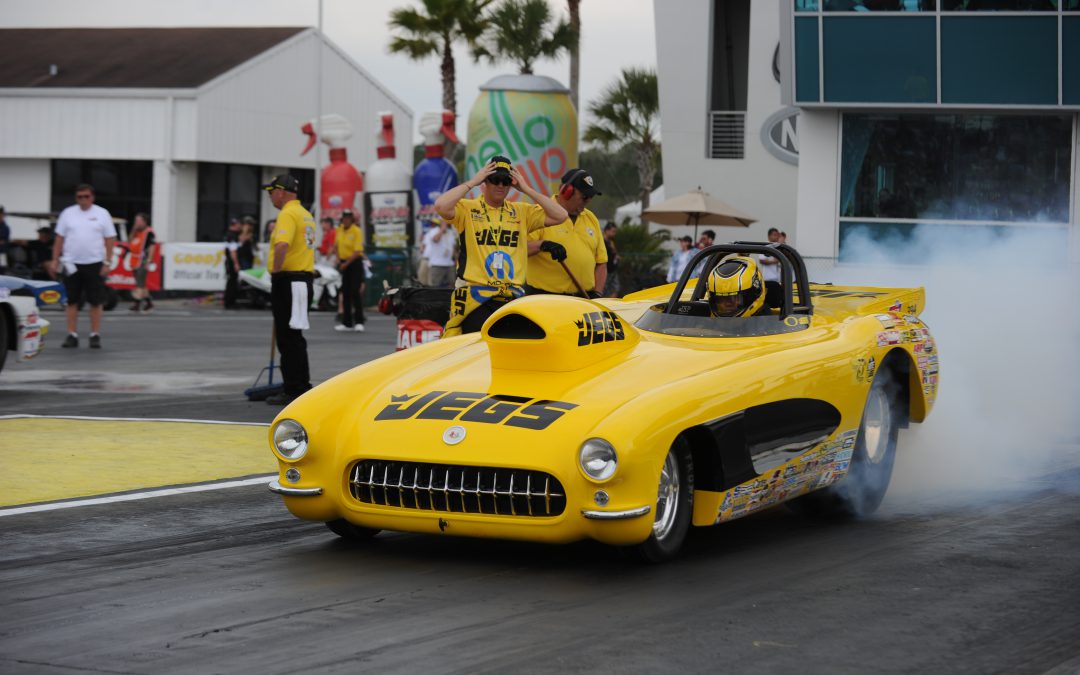 Already the Div. 3 leader in Super Gas, Coughlin beat D3's second-ranked driver Pat Martin in Round 4 before eclipsing girlfriend Mia Tedesco two rounds later in the final to fashion a nine-point edge over Mike Sawyer in the national rankings. He'll now try to close out his national-event schedule with a victory at the sport's biggest race.

"It's getting very interesting, to say the least," Coughlin said. "This is the first time I've ever led the points, nationally or even at the divisional level. I'm humbled to say the least. There are so many great racers in Super Gas and Super Comp. We've been fortunate this year and I feel very, very lucky to be in this position."

Coughlin will actually have two chances to win his second Indy title as he'll be racing in both Super Gas and Super Comp. He already claimed victory three years ago at Lucas Oil Raceway in Super Comp, one of three national event trophies he's earned in his brief career.

He currently ranks third in Super Comp points in the Div. 3 standings.

"Both cars have been running well," Coughlin said. "My guys have given me very consistent racecars and that's allowed me to focus all my energy on driving. It's been an awesome season."

It wouldn't be unprecedented for Coughlin to follow up his Beech Bend win with another at the U.S. Nationals. His father Troy, the reigning Pro Mod world champion, accomplished a similar feat in 1991 when he won at Beech Bend one weekend and then went on to win the U.S. Nationals a few days later.

"There's a lot of legacy with the Coughlin name," T.J. said. "We're actually getting close to 100 wins as a family and I think it's crazy that I've contributed a few of the wins that make up that total. It would be incredible to add another one this weekend.

"It's going to be a great race with a lot of our family there. My Uncle Jeg is racing Pro Stock and dad's Pro Mod car is running perfectly right now so he should have a big weekend. I can't wait to get started."