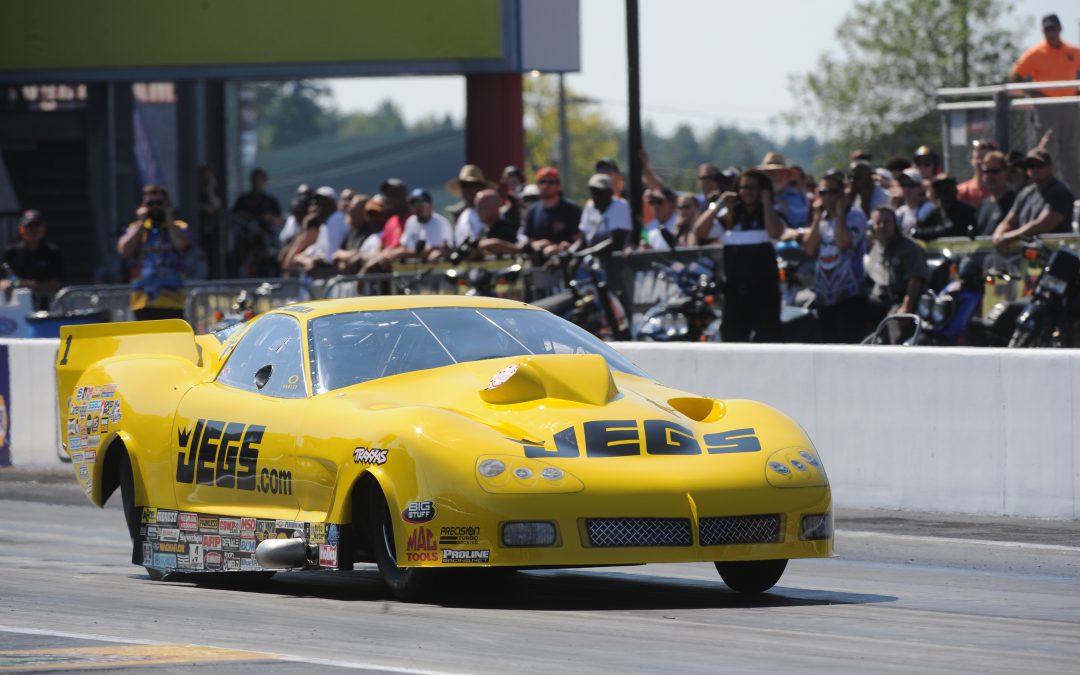 ST. LOUIS (Sept. 25) — One year ago, Troy Coughlin scored a massive victory at the inaugural AAA Midwest NHRA Nationals at Gateway Motorsports Park that put him in the perfect position to claim his first Pro Mod world title at the final event of the year in Las Vegas.

It took a perfect finish and some timely match-ups with his biggest rivals, but Coughlin cleared all the hurdles and managed to win it all by three points.

Now the decorated veteran is hoping history repeats itself.

"It all starts right now with the St. Louis race," Coughlin said. "If we can catch lightning in a bottle and everything falls into place, it could happen. All I know for sure is that we're going to race our hearts out and do the very best we can to achieve that goal."

A comeback in this year's championship chase would be even more impressive than last year's stretch run as Coughlin finds himself 125 points back of leader Rickie Smith. A year ago at this point he was 85 in arrears to then-leader Mike Castellana.

"We've still got a chance, even though it's a slim one at this point," Coughlin said. "We had to make up four rounds last year and now we need to gain six somehow. Of course there are a lot of drivers thinking the same thing as us so we know it'll be a battle.

"Really, we have nothing to lose. There's confidence going back to St. Louis and Vegas because we did win both of those races last year. You also factor in high car counts at both events this year, which will put even more pressure on the leader. It will certainly be an interesting finish.

"The guys have been thrashing on the car since the last race and they're still at it as we speak. We're having traction issues about 100 feet out, which is where you really start picking up the boost with these turbo-charged cars. We had to go after more power because the rule changes forced us to and it's put us back a bit, but my confidence in this crew is as high as it's ever been. We'll be ready."

Adding to the excitement of the weekend is the fact Coughlin's son, Troy Coughlin Jr., and brother, Jeg Coughlin Jr., are racing in St. Louis as well.

"Our family has combined for 98 national event wins so we've collectively got our eyes on that 100-win mark," Troy Coughlin said. "With T.J. racing two cars and Jeg getting after it in Pro Stock, we have four chances to get it done right now. To me, it doesn't matter who gets win 100; I just hope I'm there to see it happen."