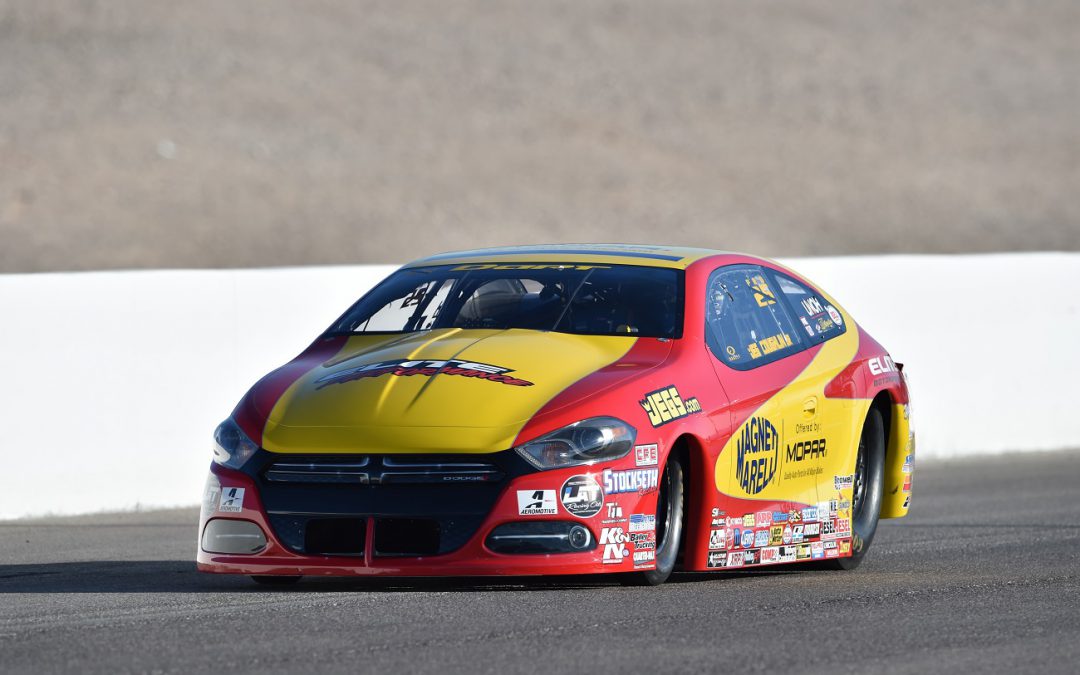 EPPING, N.H. (May 31) — Five-time Pro Stock champion Jeg Coughlin Jr. has amassed a stunning 58 national event victories in his illustrious career, winning at 24 different drag strips around the country. The only places on the current NHRA schedule where he hasn't yet tasted success are Epping and Norwalk, two of the most recent additions to the NHRA roster, and ones that are very much in Coughlin's sights.

"We've only been to Epping twice so we haven't had many chances to win there just yet but certainly we'd love to put New England Dragway in the win column," Coughlin said. "In fact, we'd love to change that this weekend."

Coughlin's Elite Motorsports race team, winners of the last two world titles with Coughlin's teammate Erica Enders, will be trying for its first victory of the 2016 season at the New England Nationals in Epping. The group switched to Mopar Dodge Darts and HEMI horsepower in the off-season and are still catching up on the learning curve as the regular season passes its mid-point.

"The team is methodically trying to gain performance and they are working night and day to get us back to the winner's circle," Coughlin said. "There has been a lot of testing done since the last race in Topeka, both on-track and on the dyno, and although we haven't had any big 'aha' moments, I think we are all expecting more ET and mph out of these cars this weekend.

"We are all anxious to get the HEMIs to perform on the racetrack under real race conditions as well as they are performing on the dyno. We are getting there. We just need to remain patient and positive."

Coughlin hopes steady progression will take place at New England Dragway, where he's previously tasted some success, qualifying No. 1 in the Pro Stock field during the NHRA's return to the facility in 2013. That weekend, he drove to a semifinal finish, his best result to date in Epping.

"I love the feel of that track," Coughlin said. "It reminds me of many of the tracks I used to go to with my brothers when we were just kids helping out my dad. It's old school with the way the pits are laid out and the tower right up on the starting line like all the tracks used to be.

"We also get such a great response from the fans up there. I think they really missed having an NHRA race in their backyard and now that we're back they are supporting this event in great numbers. You get people from throughout New England, not just Boston, and the fans are super knowledgeable about what we do. It's a fun atmosphere."