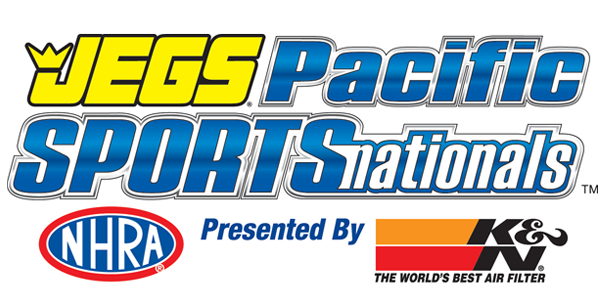 LAS VEGAS, Nev. (Oct. 11) – The Strip at Las Vegas Motor Speedway will come to life this weekend as several hundred of the world’s best sportsman drag racers make their way to the famed quarter-mile track for the JEGS Pacific SPORTSnationals presented by K&N Filters.

Much like its counterparts, the JEGS Cajun SPORTSnationals in Belle Rose, , and the JEGS Northern SPORTSnationals in , , the event promises a fun-filled experience that includes intense on-track action and plenty of after-hours entertainment. There will also be a wide variety of bonus features including traditional class eliminations for drivers in Super Stock and Stock, as well as a pair of Gambler’s Races scheduled for Thursday and Friday (Oct. 11-12).

The JEGS Pacific SPORTSnationals will also mark the final opportunity in 2012 for racers to claim the coveted JEGS Crown trophy. The prized trophy, handcrafted by Dan Dreisbach of Naked Sculpture, is awarded to any driver who can win the same class in two of the three JEGS SPORTSnationals events in a given season. The winners of the events in Belle Rose and Columbus can claim the award if they can also win in . Eligible drivers are David Billingsley and Arnie Martel (Comp), Michael Beard and Mike Crutchfield (Super Stock), Bo Butner and John Brimer (Stock), Phil Smida and Steve Mikus (Super Comp), Gary Linkhorn and Dillon Bontrager (Super Gas), Ricky Shipp and Val Harmon (Super Street), Jerry Albert and T.J. Tracey (Top Sportsman) and Ryan Smith and Anthony Bertozzi (Top Dragster).

Should any driver win the JEGS Crown, he would become just the second driver to accomplish the rare feat.