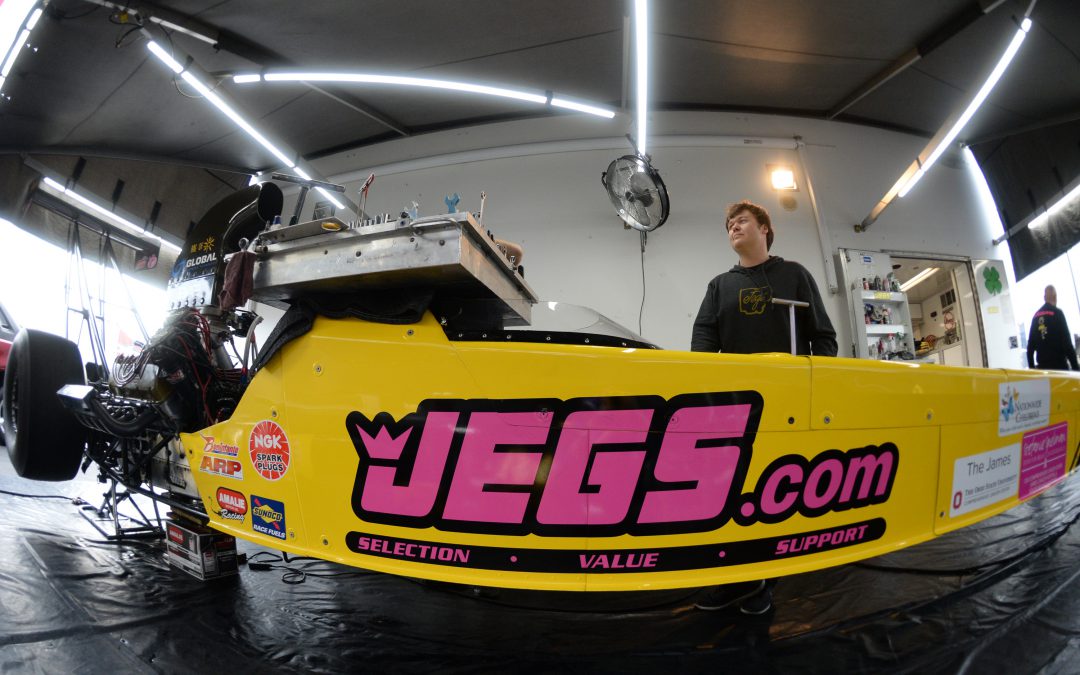 CONCORD, N.C. (Oct. 14) — The hits just keep coming for Troy Coughlin Jr. and his JEGS.com McPhillips Racing Top Alcohol Dragster team as the group raced to its 11th final round of the season Sunday at the 12th annual NTK NHRA Carolina Nationals. Just a week removed from securing the East Region championship, the team's second regional title in a row, Coughlin wasn't bettered until Round 4 when Megan Meyer squeezed out the win.

"Another incredible showing by the McP boys," Coughlin said. "These guys make so few mistakes it's just such a pleasure to be around such passionate crewmen. They put so much into everything they do and they just don't stop.

"To have had a season like this where we've won five times, including the national events in Reading and Norwalk, and adding six more runner-up results speaks directly about the guys in this pit. I'm honored to be their driver and no matter what I go on to do in my career, I'll always remember this group and these last two years."

On Sunday, he came within .03 seconds of yet another win, which would have kept the national championship chase alive for at least another week, but Meyer's 5.149 at 280.60 mph in the money round was just enough to hold off Coughlin's 5.169 at 281.48 mph. With the win, Meyer clinched the Top Alcohol Dragster national title.

"Big congrats to the Meyer family and everyone on that team," Coughlin said. "They worked hard all season and earned the right to be called champions. It's been an honor battling with them and I look forward to fighting it out with them again next season."

After qualifying a lofty No. 2 for the second straight playoff race, Jeg Jr. leaves Charlotte wondering what he needs to do to win his second race of the year.

In Top Dragster action, Mike breezed past Patty Fisher with a 6.259-second pass on a 6.15 dial but stumbled against Kevin Brannon, who edged him by .004 seconds.