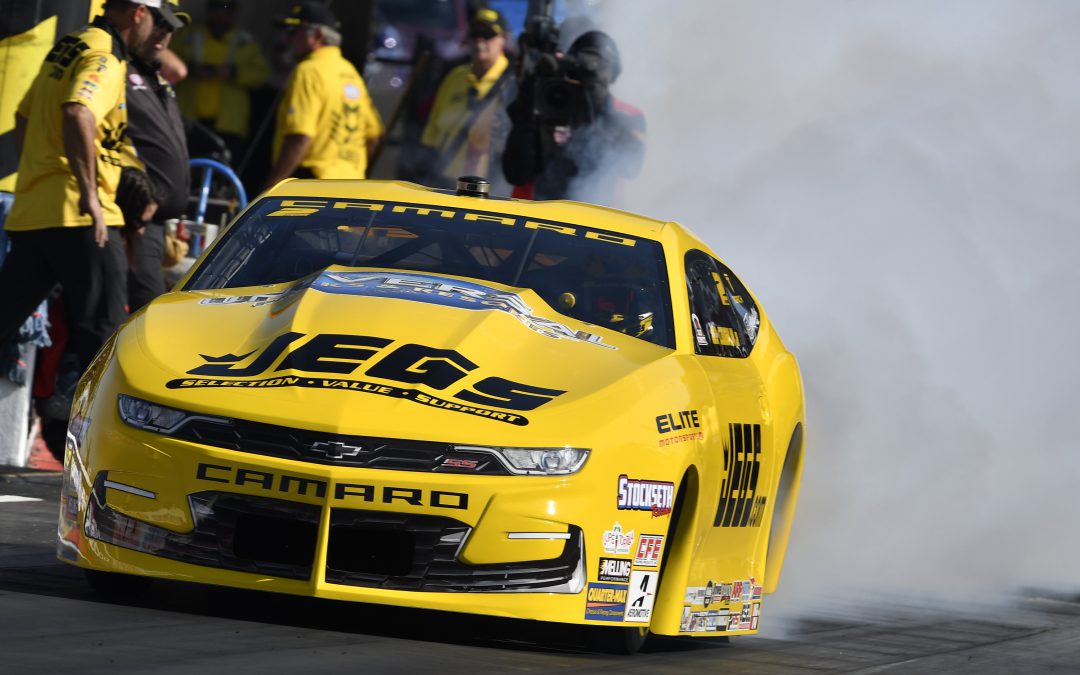 DENVER (July 20) — With two qualifying sessions taking place in the cooler evening hours, the 40th annual Dodge Mile-High NHRA Nationals offered the world's best drag racers twice as many opportunities as usual to show off all of their horsepower.

"The session tonight ended up being the best one of the weekend and we saw just about everyone step up quite a bit," Coughlin said. "Fortunately, we were able to make a big jump as well and we finished right behind the boss (team owner and part-time driver Richard Freeman) on the timing sheet so we're very pleased.

"The car's gotten better every round and I expect the guys will have us set to do big things tomorrow. We're ready to have some fun and there's no better way to have fun in drag racing then by turning on some win lights."

Mastering "Thunder Mountain" has always been a challenge, especially for Pro Stock teams who don't have the advantage of using superchargers to manufacture atmosphere in the mile-high climes of Bandimere Speedway. Even so, Coughlin has raced to two victories (1998 and 1999) in five final-round appearances at this facility.

When eliminations begin for this year's trophy Sunday morning, Coughlin will be considered one of the favorites thanks to his best pass of 6.953 at 197.51 mph. He posted that run Saturday evening after a lengthy rain delay that forced officials to cancel the final qualifying session outright.

"The way it worked out the conditions actually got better each of the three sessions we were able to run," Coughlin said. "And the JEGS car got better each time as well. We started with a daytime run in the heat and then had a fun Friday evening session when it was cooler. Today we all waited out quite a rain shower but that really helped cool the track surface down even more so we were able to step it up."

As the No. 2 qualifier, Coughlin will open eliminations opposite rookie driver Fernando Cuadra Jr., who topped out at 7.064 at 194.72 mph to earn the 15th position. Coughlin and Cuadra Jr. raced earlier this year in Richmond, Va., with Coughlin taking an easy victory.