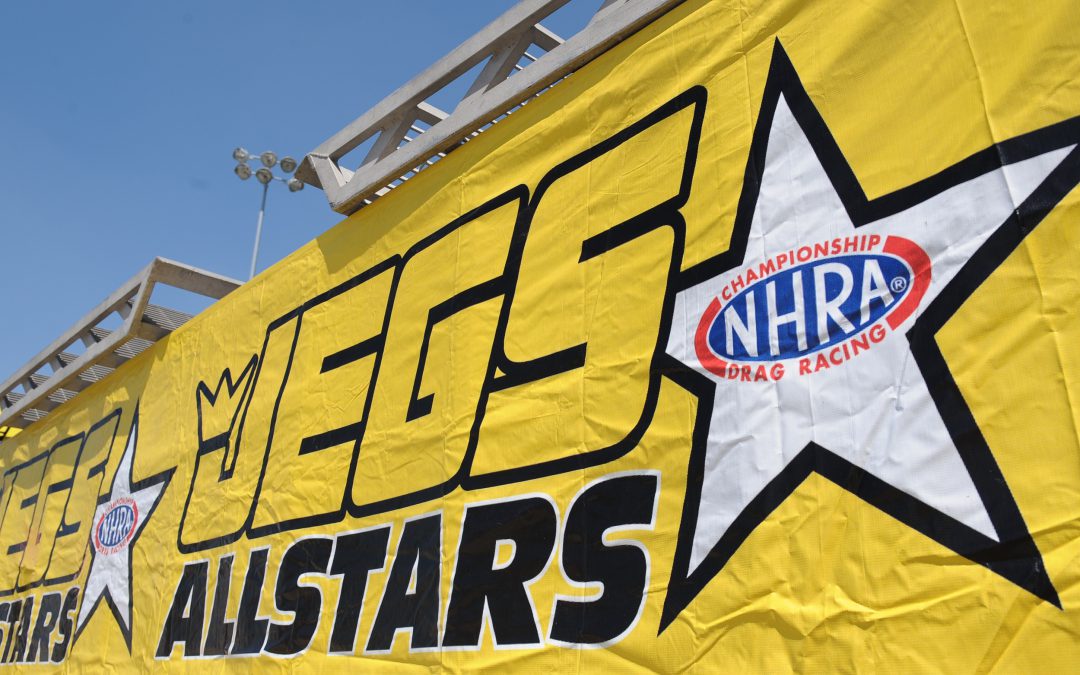 The JEGS Allstars competition crowns individual champions in 10 separate eliminators, as well as an overall team champion. A highlight of the drag racing season for three and a half decades, the JEGS Allstars event features a total purse of more than $150,000, making it one of the richest events of its kind.

For the 80 racers who have qualified for the special event, winning an individual title at the JEGS Allstars race is a tremendous achievement, but being a part of the winning overall team is extra-special. Last year, the team from the South Central Division (D4) turned in a dominant performance to win their seventh overall team title.

In addition to a share of the six-figure jackpot, the Division 4 team members each received a handcrafted trophy from master sculptor Dan Dreisbach of Naked Sculpture.

The Division 4 team figures to have a strong chance of defending their title with last year’s Super Stock winner Aaron Stanfield returning as a blocker. Stanfield will be joined by world champions Craig Bourgeois (Comp) and Jeff Lopez (Stock).

Several years ago, the Top Alcohol competition was divided among four regions rather than the traditional seven divisions, and JEGS immediately devised a plan to keep the popular cars in the Allstars competition. As a result, Top Alcohol teams will compete for a special "regional" trophy, also designed by Dreisbach.

The Alcohol fields are stacked with the likes of past national champions Joey Severance, Duane Shields and Shane Westerfield, as well as sisters Rachel and Megan Meyer, two of the six female drivers in the field.

The Division 5 team didn’t win their first overall title until 2014 but they added a second in 2016 and they could easily add a third this year thanks to a talented squad that includes Wyatt Wagner (Super Stock), Chris Chaney (Stock), and Top Sportsman specialist JR Lobner.

The team from the Northwest Division has not won the overall title since 2005 but that could change this season thanks to a talented crew that includes the husband-wife duo of Mick and Jackie Alley in Stock and Super Stock, respectively, and veteran Ralph Van Paepeghem in Comp.

The gang from the Pacific Division, who last claimed the overall title in 2012, will be looking to regain the top spot and there is no reason to think they won’t be able to get it done with a core group that includes five-time world champ Justin Lamb, who is pulling double-duty in Super Stock and Stock, as well as defending event champs Ryan Mangus (Stock), and Ken Mostowich (Super Gas).

Any racer who can win Saturday’s JEGS Allstar title and then return on Sunday to win the Route 66 Nationals in the same class will be eligible for the JEGS double-up bonus.

While the JEGS Allstars is a highlight competitive event, camaraderie between racers and their crews is evident, especially during Friday evening’s racer appreciation barbecue which is open to all of the JEGS Allstars competitors, their families and crews.