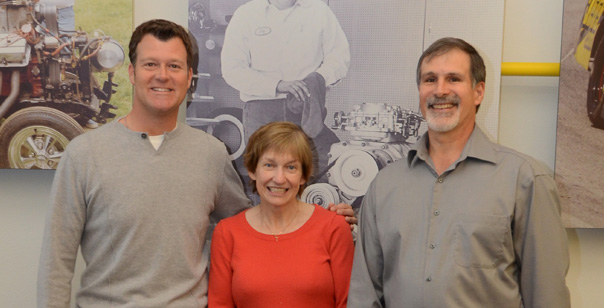 The charity event, held annually by "Mr. Aruba" Mike DeChicco and Jane Graebner, was started in 2005 after DeChicco and a few friends decided to cure their Winter blues with a practice Christmas Tree.

But after DeChicco learned of a good friend's battle with cancer, he and Graebner decided to turn the fun into a charitable drag race to support the JEGS Foundation Racing for Cancer Research. The JEGS Foundation supports the Nationwide Children’s Hospital Foundation, the Comprehensive Cancer Center – James Cancer Hospital and the Solove Research Institute at Ohio State University.

The Mr. Aruba "Winter Nationals" uses donations as an entry fee and holds three races the day of the event. Rusty Thompson won the Main Event, and he and runner-up Carl Wheatcraft donated their $661 prize to the JEGS Foundation, a selfless tradition as old as the event itself.

Jason Wheatcraft won the Fire Core Race for the Wires event, beating Art Gomes in the final. The last event of the day was the JEGS Hemi Challenge – which pits drivers who "have owned, raced, touched, looked at, or said the word "Hemi" – which was won by Chip Foust, who beat Jason Wheatcraft in the final round.

To date, the Mr. Aruba "Winter Nationals" Bench Race and Charity Challenge has raised more than $27,000 for the JEGS Foundation.