No shortage of horsepower for Jeg Coughlin Jr. after Sonoma qualifying 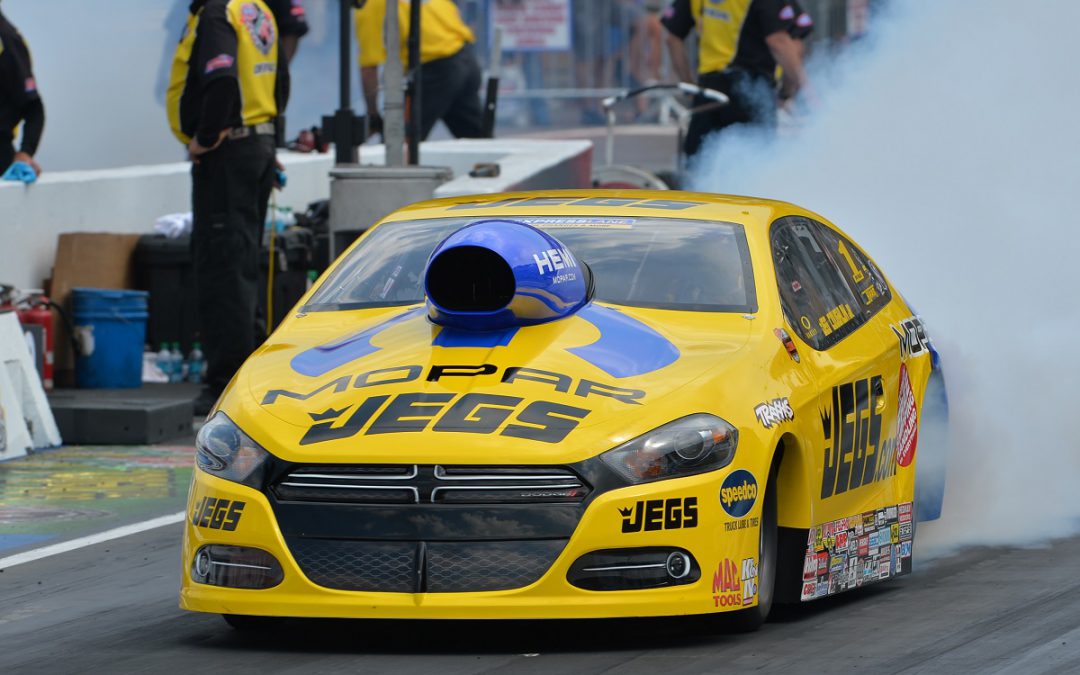 The JEGS.com/Mopar Dodge Dart looked strong from the start of qualifying on Friday, but it was Coughlin's pass in Q3 that proved to be his best. Coughlin's 6.552-second pass at 212.03 was fast enough to land him the No. 5 qualifying spot overall with possibly more speed left in the tank for Sunday.

"Going into game day I feel pretty good," Coughlin said. "We made a decent run right out of the trailer to be fifth in Q1. We came back next round and got bumped back to sixth but we still had a lot left in the stable. Our best run came this morning in Q3 and it moved us up to fourth.

"I really felt like we were going to clean that up a little bit in the last run. We made a couple of adjustments before the last run and the car didn't like one of them for sure. That's a little disheartening and took a little bit of wind out of our momentum, building from the first run through the third run. (Teammate Allen Johnson) made a real nice run and we'll definitely lend an eye on that one."

Coughlin isn't worried and ready to roll for Sunday's final eliminations. The No. 5 qualifier will pull up to the starting line alongside No. 12 qualifier Deric Kramer – who had a top pass of 6.613 at 209.56 mph) in the first round of Pro Stock eliminations and hope to turn on one of many win lights throughout the day.

"We'll be ready for tomorrow," Coughlin said, "trust me. Sundays here in Sonoma are always fun. This is a tricky track on Sunday and I wouldn't want anyone else in my corner than (crew chiefs) Mark (Ingersoll) and Adam (Hornberger). I think we're going to have a great race day tomorrow, so stay tuned."

Eliminations begin at noon on Sunday for Pro Stock, with ESPN2 carrying all of the final elimination action.