Northeast Shootout the next prize up for grabs for Troy Coughlin Jr. and his sister Paige 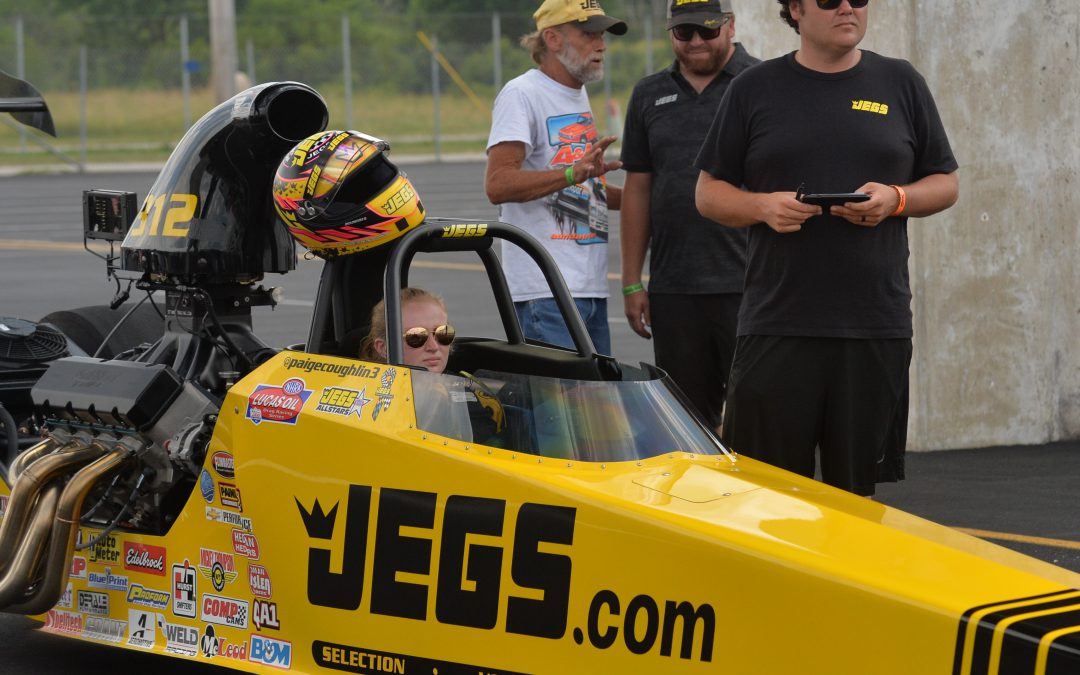 Since this particular event on the Lucas Oil Drag Racing Series doesn’t feature Top Alcohol racing, Troy Jr. will instead compete in Top Dragster in his steady JEGS.com bracket car. Meanwhile, Paige will try to claim as many Super Comp points as possible in her second out-of-division race of the year. Paige usually races her JEGS.com rail in Division 3, and this event is part of the Division 1 schedule.

"I'm always up to go racing and since we have an off weekend with the big dragster I thought I'd join my sister and head over to Maryland and race my other dragster," Troy Jr. said. "I'll just take off the throttle stop and run Top Dragster and see if we can't go some rounds.

"My main focus is to help Paige. She's doing really well in the points and it would be great if she has another big weekend in a different division than D3. That's especially the case now because she's heading back to college in a few weeks so every round is very important."

Although this weekend's race won't help, Troy Jr. also is doing well in the points, both nationally and regionally, in his Top Alcohol Dragster. He's ranked third overall in the battle for the national title and currently sits second in the East Region standings.

Home from Miami University of Ohio for the summer, Paige has made the most of the races she's attended, working her way to the lead in the JEGS Allstars Super Comp rankings and up to fourth in the Division 3 points.

"I'm really happy with how everything's been going," Paige said. "Justin Beaver, my crew chief, has made my JEGS.com dragster so consistent and so fast. It's made it a lot easier for me to concentrate on my driving. The last race we went to was mostly eighth-mile but they ran one quarter-mile race and we were 7.10, 7.10, 7.11, 7.10, just perfect every time.

"We plan on running this weekend and again next weekend before school starts and then I'm going to study like crazy for a month so I can come back and run St. Louis in October. That's the last D3 race of the year so it's a big one for us.

"It's been great to have my brother Troy join us at a lot of our races this summer. He's a great second opinion to have in the pit. I'm trying to learn how to dial-in my car by myself and it just takes time and experience. He's been doing it a lot longer than me so between Troy and Justin I'm figuring it out a lot quicker than if I was by myself."