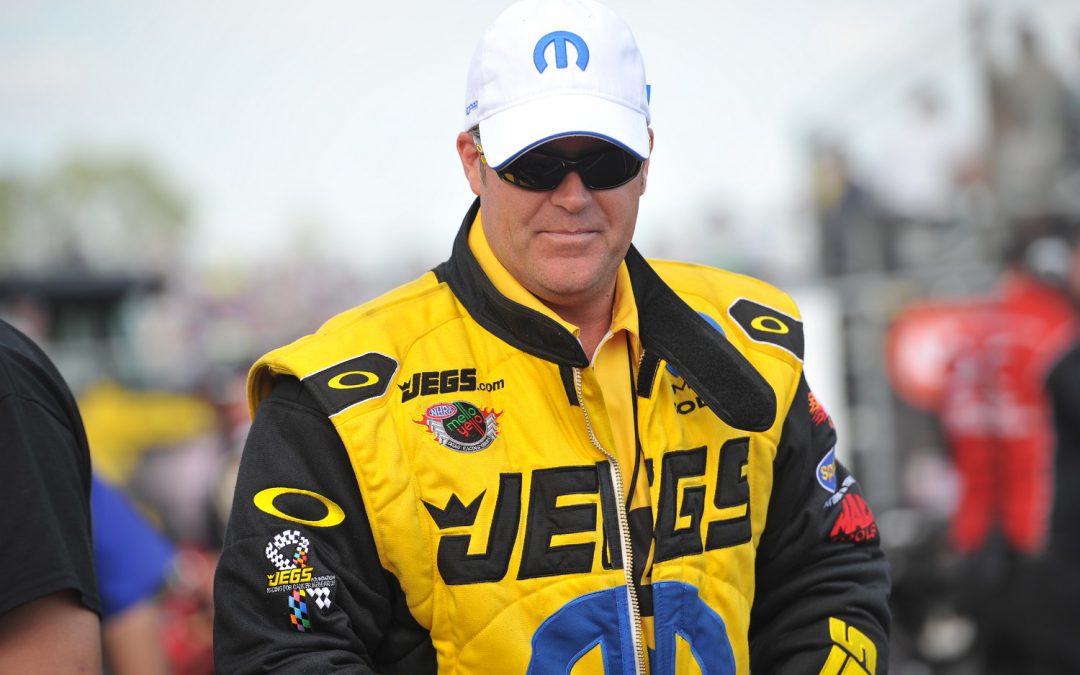 NORWALK, Ohio (July 1) — Jeg Coughlin Jr. has won six drag racing championships. He's collected 74 national event victories in 117 final-round appearances. He's been the No. 1 qualifier, set the top speed mark and posted the quickest elapsed time of the meet on numerous occasions. He's collected trophies in six different eliminator classes. His overall ranking among the top 10 drivers in the 64-year history of the sport proves that he's pretty much done it all.

Yet even a driver as decorated as Coughlin has some goals left to achieve, and one of the bigger ones on his personal to-do list is taking his JEGS.com/Mopar Dodge Dart to the winner's circle in Norwalk, Ohio.

"We actually won Norwalk when we claimed the K&N Horsepower Challenge there in 2009," Coughlin is quick to point out. "But it's true, we haven't won a national event there as of yet. It's certainly something we'd like to get done, and this weekend is our next chance to go for it so we're excited."

Coughlin has won national events at 24 different NHRA facilities, which makes him the all-time leader in that unique category. Only the circuit's two newest locations — Norwalk and Epping (N.H.) — have alluded him. There have only been seven national events held at Norwalk and just two at Epping.

"We haven't had as many chances at Norwalk and Epping but we enter this weekend with one of the best cars in the Pro Stock class so maybe things will come up in our favor this time through," Coughlin said. "That would be a big thrill for us. Being from Delaware (Ohio), for many years our 'home' race was held at National Trail, but since they took that track off the national event circuit Norwalk became the race that's closest to home, so it's taken on added significance.

"The JEGS.com/Mopar Dodge Dart has been running so well over the last two months. We've won a couple of races, been runner-up to our teammate Allen Johnson, and had a few semifinal finishes as well, so we're very pleased with how things have been going. I couldn't ask for a better car to bring to Norwalk and try to get this win."

Together with his three brothers, Coughlin runs JEGS High Performance, also located in Delaware. Including family, friends and 350-plus JEGS associates and their families, Coughlin is sure to have plenty of support.

"There will be lots of yellow and black filling up the grandstands," Coughlin said. "It's always a fun race in that regard and we love to have the support of our closest friends. The fans in this part of the country are always awesome as well. The one thing you can always count on in Norwalk is having a good time.

"I'm excited to race with my brothers Mike and Troy and my nephew T.J. (Troy Coughlin Jr.). Between Mike in Top Sportsman, Troy in Pro Mod and T.J. running in Super Gas and Super Comp, we've got five chances to put a JEGS car in the winner's circle."

Pro Stock qualifying sessions are scheduled for 4:45 and 7:15 p.m., on both Friday and Saturday. Eliminations begin at noon, Sunday. ESPN2 will air qualifying highlights beginning at 11 p.m., Saturday, and elimination action starting at 9 p.m., Sunday.