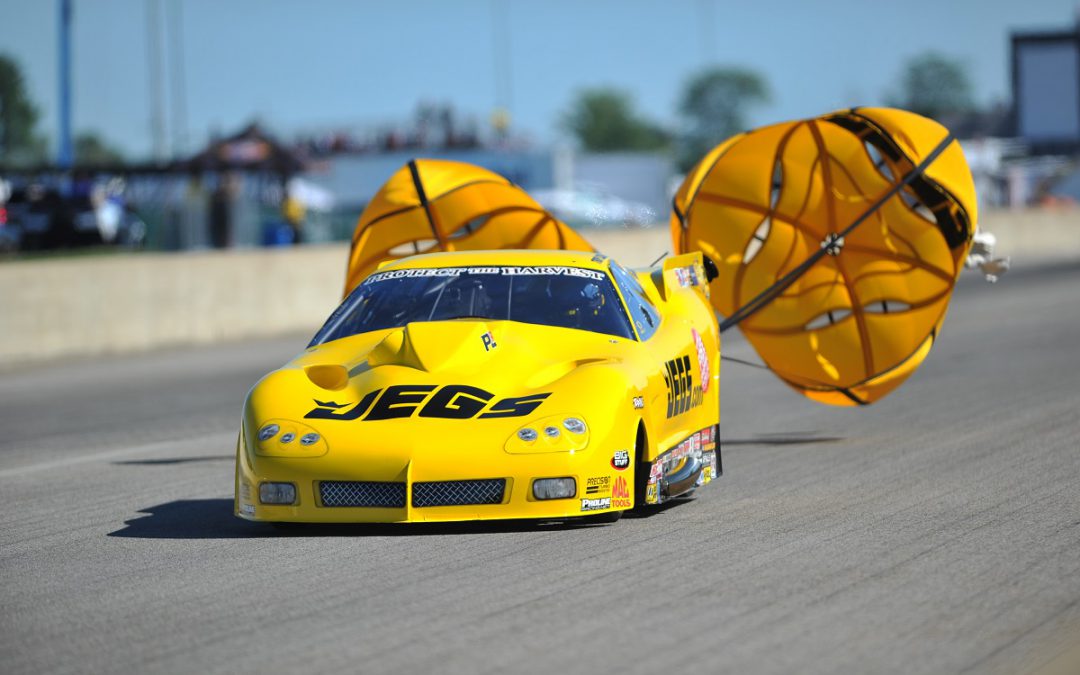 NORWALK, Ohio (Sept. 30) — The last time world champion Pro Mod racer Troy Coughlin competed at the Bader family's beautiful drag strip in Northwest Ohio he ended the day in the winner's circle. Now Coughlin returns for another bite of the apple in the outlaw "Shakedown at the Summit presented by Mickey Thompson Tires" special event, hoping for another victory in his home state.

"Certainly with winning the NHRA national event there a few months back our confidence in racing at Norwalk remains sky-high," said Coughlin, who hails from Delaware, Ohio, in the suburbs of Columbus. "Bill Bader and his family have built such a wonderful facility and they really cater to the fans and the racers. It's always a lot of fun to race there, especially when you end the day with the trophy."

Coughlin's NHRA triumph at Norwalk started a recent hot streak that included another win in the rain-delayed Charlotte event. He's jumped all the way from seventh to second in the NHRA Pro Mod Drag Racing Series points with one race left on the schedule. In fact, he'll enter the season finale in exactly the same position he was in when he won the championship in 2012.

"You'd always rather be ahead than behind but we were in this same spot two years ago and managed to pull it off so it can be done," he said. "Of course, this is the time of the year when you look back at some of those earlier races when a round or two slipped through your fingers and you start thinking, 'What if?'

"Not much we can do at this point except move forward and we do know we got the job done in Norwalk last time through so we're fired up for this event."

Although the Shakedown at the Summit won't count towards his NHRA aspirations, the extra track time is sure to help Coughlin and his JEGS.com Chevrolet Corvette crew, led by Steve Petty, moving forward. Plus, under the rules of the Shakedown, they'll be able to add a bunch of extra horsepower to their hot rod, making an already quick car even more lethal.

"We can run a bigger turbo than we're allowed in the NHRA and we're going to do that," Coughlin said. "We should be running 5.60s, which is screaming fast for these cars. Believe it or not, even though we think we'll be competitive, I doubt we'll have the quickest car there. Some of these guys that run these outlaw races all the time will be ahead of us on the learning curve.

"Usually when we run outside the NHRA, we keep the car the same as it is during an NHRA race to gain data. We're not trying to win as much as test the car. This time, because of the fact we have this race and the Street Car Super Nationals in late November, we thought we'd have a little fun and open her up a tad more than usual."

Qualifying sessions are slated for at 11 a.m. and 4 p.m., Friday and Saturday. Eliminations begin noon, Sunday.