Ohioan Jeg Coughlin Jr. arrives home after big win with more than racing on his mind 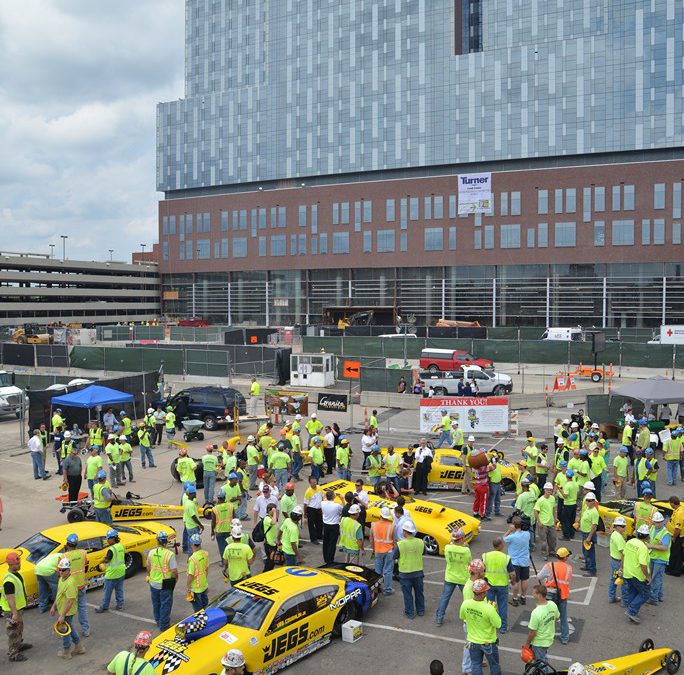 NORWALK, Ohio (July 3) — Jeg Coughlin Jr. should be plenty excited about this weekend's NHRA drag race in Norwalk, considering the fact his JEGS.com/Mopar Dodge Avenger carried him to victory just a few days ago in Chicago.

But Coughlin says the focus of this particular race transcends the usual goal of turning on win lights as his family's business — JEGS Automotive, a high performance parts giant located in nearly Columbus, Ohio — and its JEGS Racing for Cancer Research Foundation plans to officially celebrate its $10 million gift to the Ohio State University Foundation's Project One, a $1 billion expansion effort that includes the construction of a new state-of-the-art cancer hospital.

"To mark the 10th anniversary of the JEGS Foundation we decided to make this donation to OSU and we're going to celebrate the occasion this weekend in Norwalk," Coughlin said. "We've done so much with OSU's Comprehensive Cancer Center over the years and we were thrilled to be a position to make this latest contribution to Project One.

"We have invited several VIPs from OSU to join us at the race as well as some of the very special patients from Nationwide Children's Hospital so we're going to have quite a cheering section decked out in JEGS yellow and black. It's going to be an awesome occasion for all of us."

The JEGS team will attack Norwalk in full force as Coughlin will be joined in competition by his reigning world champion brother Troy, who currently leads the Pro Mod rankings, his other brother Mike, a multi-time champion in Top Sportsman, and his nephew Troy Jr., a player for this year's national titles in both Super Gas and Super Comp.

"We all carry our unique JEGS Foundation cancer awareness ribbon on our racecars every event but this weekend we'll have extra big ones on our cars to salute our special guests," Jeg said. "The NHRA community at large has done so much to help over the past 10 years and between the other teams, sponsors and most notably, the fans, we've made tremendous progress in the ongoing fight against cancer. We can't thank everyone enough for their support."

Amidst all the hoopla, Coughlin will call on his veteran savvy to help him remain in top form behind the wheel of his second-ranked Avenger.

"The car's obviously in great shape and running very well," said Coughlin, a two-time winner this year who has raced to four final rounds. "Chicago showed us that we've made incredible headway in transitioning from the cooler conditions we see earlier in the year to the hot summertime environment we have to deal at this time of the year.

"Chicago was one of the toughest tests yet. We started with a rain-shortened day that was humid. Then we had mineshaft conditions Saturday where we just about had record conditions. Then we get to Sunday and the sun was beating on the track. It was a real handful for the crew chiefs but our guys handled it so well. I have full confidence we will be contenders once again this weekend."