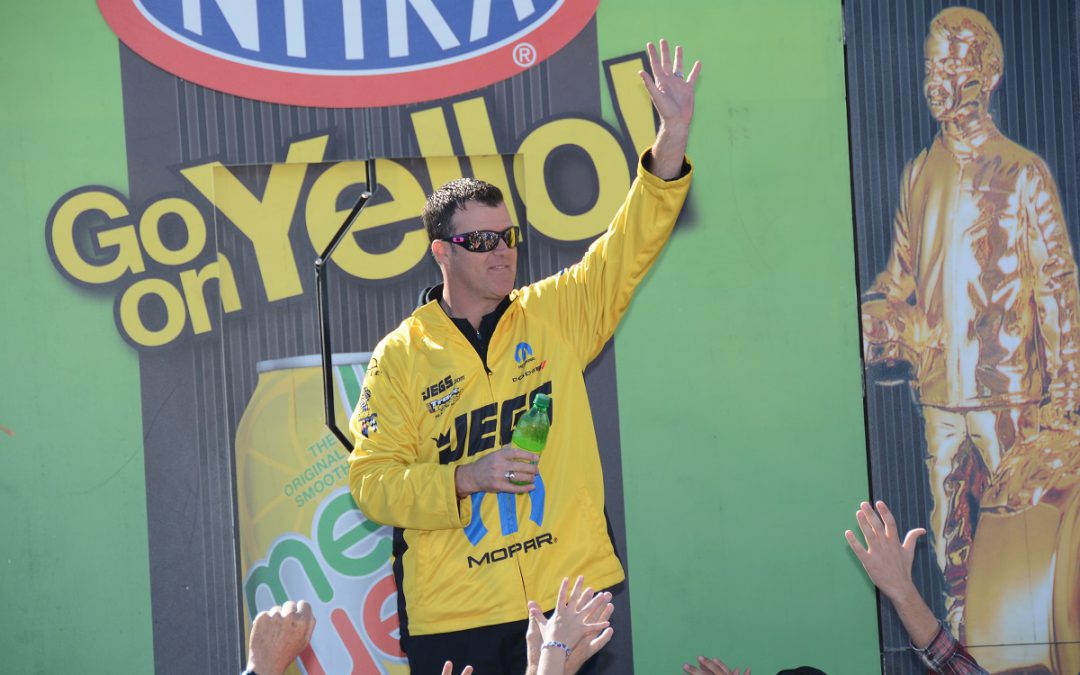 POMONA, Calif. (Nov. 10) — Reigning Pro Stock champion Jeg Coughlin Jr. will relinquish his series crown this weekend at the 50th annual Auto Club NHRA World Finals, but that doesn't mean he won't be in the mix for the title of the race.

Coughlin, a six-time world champion with 74 national event victories, has raced to the money round in Pomona a whopping 14 times in the past, winning six races outright in Pro Stock (twice in 1999, and one time each in 2000, 2001, 2005 and 2007). He also was runner-up seven times in Pro Stock and once more in Super Stock.

"Southern California is where our sport got its start and Pomona is such a historic place," Coughlin said. "All the bigs have won there and when you see your name alongside the legends of drag racing in the record books, it's pretty surreal.

"We've had great luck in Pomona with a variety of our JEGS.com entries over the years and I know this year's Mopar Dodge Dart is up to the task of winning again. The focus will be on the tremendous battle for the 2014 championship, I'm sure, but we have every intention of winning the race ourselves."

Proving he's in his usual "top contender" position, Coughlin powered to a runner-up finish at the latest stop on the NHRA tour in Las Vegas, losing a close finale to new points leader Erica Enders-Stevens. He anticipates another fight with Enders-Stevens and Jason Line, who are battling to the wire for the 2014 championship.

"It will be interesting to see what happens in qualifying and how the race day ladder turns out," Coughlin said. "No matter who we face, we'll be racing for the win ourselves so they better be ready. I know the years when we've been fortunate enough to win the title there were no easy rounds, and quite frankly a driver doesn't want anything given to them. There's no greater feeling than to know you've earned it.

"I'm super proud of the team. Mark Ingersoll and Adam Hornberger have done a great job tuning this car and the crew, both at the track and back home at the race shop, have worked so hard to help us win. We've added a few Wallys to the ol' trophy case and made the Countdown field with both team cars so we certainly had our chances. I have no complaints."

Pro Stock qualifying sessions are scheduled for 11:45 a.m. and 2:45 p.m., on both Friday and Saturday. Eliminations begin at noon, Sunday. ESPN2 will carry qualifying and elimination action.

"We'd love to sail off into the break on a winning note," Coughlin said. "The end of the year always brings mixed feelings because there's a part of you that wants to keep racing. At the same time, a gap in the action is certainly a nice thought so we can focus on family. First things first, we want to win Pomona again."