Only one, but definitely not done, for JEGS pro Troy Coughlin 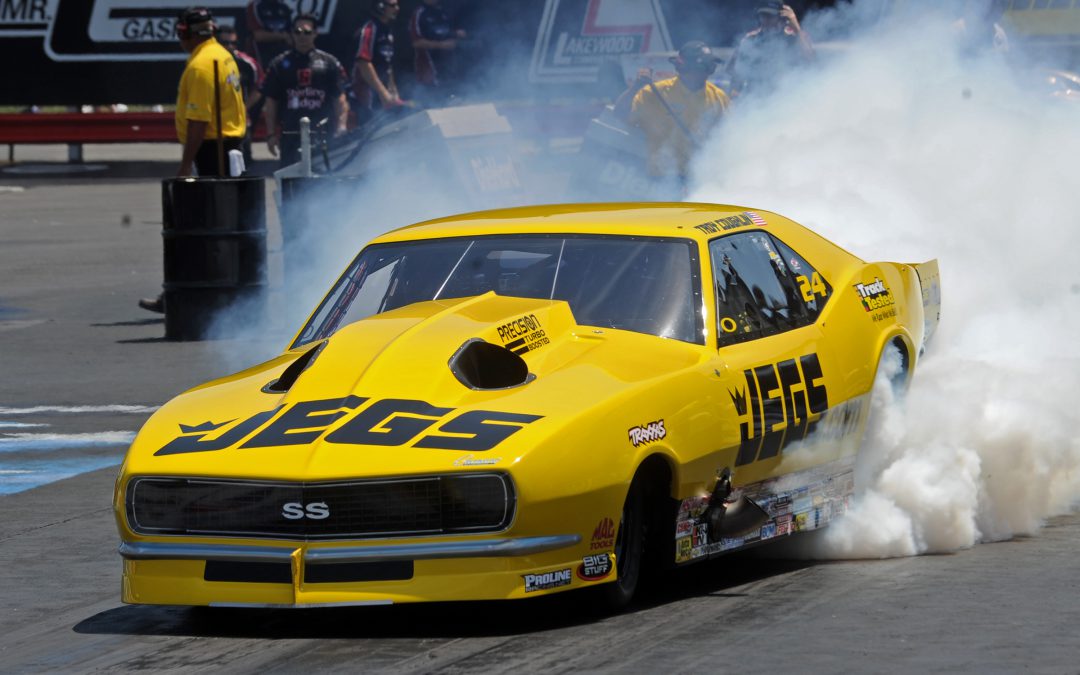 INDIANAPOLIS (Sept. 2) — completed just one run down Lucas Oil Raceway, and it was a cautious one at that, but the 6.016-second pass at 254.57 mph he posted on the scoreboard was more than enough to earn him a strong, top-half berth at the rain-soaked the 58th annual Mac Tools U.S. Nationals.

"The forecast was pretty shaky from the start of the weekend so we knew we needed to be ready to go no matter when they called for us," Coughlin said. "We ended up getting that one run Friday evening and we decided to play it a shade on the safe side to make absolutely sure we got down the track. We knew the possibility of having just one or two rounds of qualifying was there and that's exactly how it turned out.

"We had it set up to run a 6-flat, which is about what we did. The car spun the tires so hard over the first two hundred feet. I could hear those big ol' Goodyear tires just squealing away. I was praying, 'Come on baby, hold it together for me.' Once we got going it just hooked up and ran straight down through there. I was really relieved."

After losing the remaining qualifying sessions to rain, NHRA officials elected to set the field in the NHRA Pro Mod Series presented by ProCare Rx, slotting Coughlin in the No. 6 position. He'll open Monday's eliminations against No. 11 qualifier Mike Knowles, who had a best of 6.140 at 233.88 mph.

"If it hadn't spun the tires we'd have run a 5.96 and been top three, so the car is ready to run," Coughlin said. "We were conservative to get in the field. On race day, we're not going to play it that safe.

"We're fifth in the points and the four guys ahead of us all managed to qualify so we'll need to go rounds to keep pace. I know we'll be ready for them."

Coughlin gained a point on class leader Rickie Smith in qualifying and now sits 62 markers off the top spot.