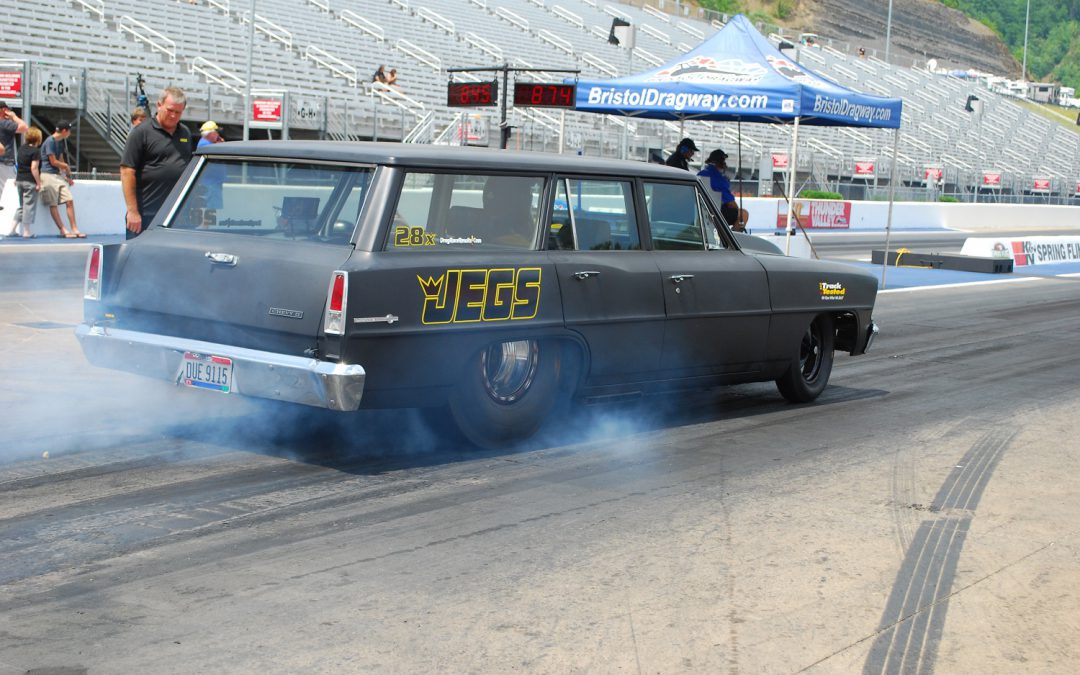 "This historically is the toughest bracket race of the year because everyone comes to win the Million," Jeg Jr. said. "I'd personally love to add the title to my resume. It's so prestigious. I've only raced it twice but reached as far as the seventh round, which was exciting. This time I'm searching for the win."

Aside from the Million Dollar event, which takes place Saturday, the weekend features lots of other big payout races, beginning with Wednesday's $5K Gambler.

"You jump right into this deal and it's non-stop all weekend," Jeg Jr. said. "Everything starts today with some important timed runs, of which the top 64 packages are invited to race in the 'Gambler Race' tonight. Thursday, Friday and Sunday we have $25K-to-win races and Saturday is the big one, the Million, which everyone is here for.

"I'll be racing two cars, my JEGS.com dragster and the JEGS.com Chevy II wagon. Both have been running extremely well and are equally capable of winning some of these races. It'll take an incredible attention to detail and I'll need to be very aggressive with my driving because every round is like a final. It's pressure from the word go."

Giving the yellow-and-black brand another chance at glory, Troy Jr. will pilot his JEGS.com dragster alongside his famous uncle.

"I'm really excited to race with Uncle Jeg, my mentor in so many ways," Troy Jr. said. "He's bringing his little girl Carly, which is exciting, and my sister Meghan is coming with her little boy Brodix, so we'll have lots of family on hand, as usual.

"I've been racing the Million since 2009 and done pretty well, making the fourth and fifth round before. My dragster is ready to go and I've got the best crew in the world so we'll see what we can do this weekend."