Past Dallas winner Jeg Coughlin Jr. would love to shine again in the Lone Star State 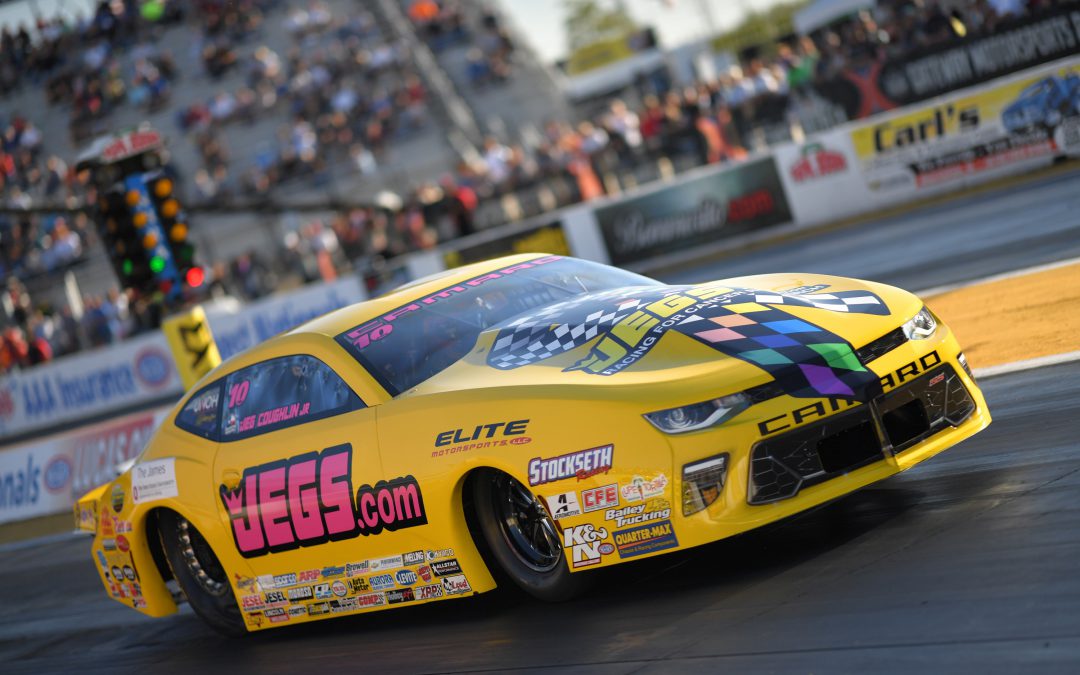 Now he's hoping to add yet another Lone Star memory this weekend when he returns to action in his re-vamped JEGS.com/Elite Performance Chevrolet Camaro.

"The Motorplex is a special place for a number of reasons," Coughlin said. "When Billy Myers, a fellow racer, built the track he was the first one to invest the money and make the strip concrete from start to finish. It's still one of the few tracks that can make that claim. Of course, making my Super Stock debut and my professional debut there is kind of neat, and we always enjoy supporting the annual DRAW auction they hold in Dallas. That's a great organization we're very proud to support.

"Let's not forget the wonderful fans down there in Texas. They love their drag racing, they wholeheartedly support the Pro Stock class, and they never fail to have a good time, which certainly translates to the drivers."

Coughlin enters the event ranked eighth in the Mello Yello championship points, meaning a sixth Pro Stock title at season's end is probably not in the cards. However, after a visit to Elite Motorsports crew chief and car builder Rick Jones' shop for some modifications to his car after the last event in St. Louis, Coughlin is hoping for a big upward turn in his racing fortunes.

"We're heading into Dallas with three races left on the schedule knowing it would take a miracle to make a real run for the championship," Coughlin said. "However, we do have a chance to arrange the power, the car and the talent we have with this team into a winning combination before we're through.

"We're needing a car that's competitive Friday through Sunday, like we had earlier this season, so in that regard Rick wanted to make some fairly big changes to both my car and (teammate) Erica (Enders') car after the last race. We'll get some testing passes done to make sure they're working properly and give it hell in Dallas."