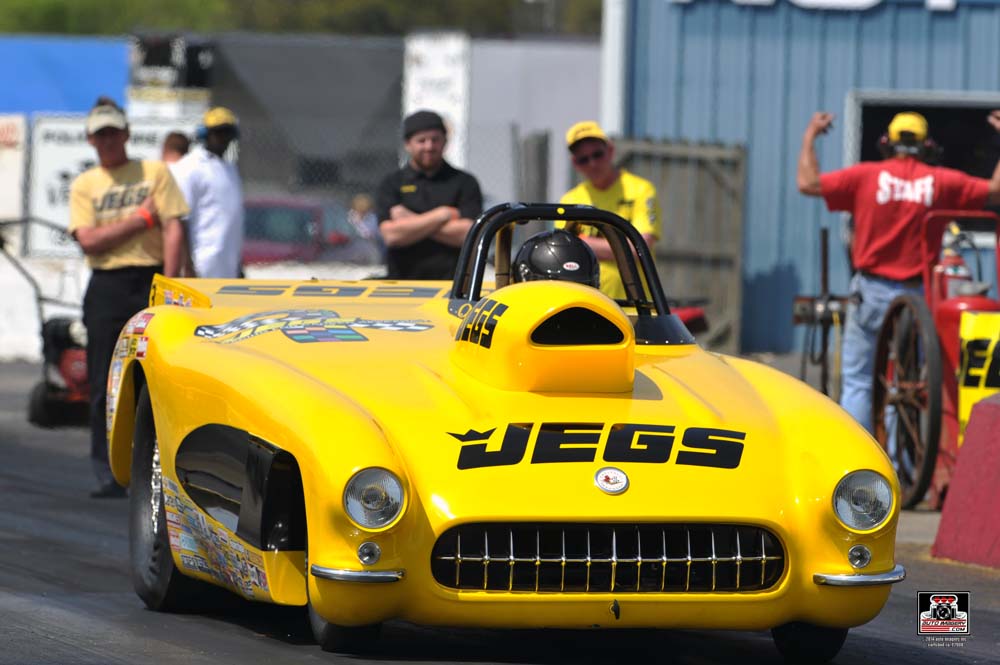 LAS VEGAS (March 25) — Fresh off a successful start to his season at the JEGS NHRA Cajun SPORTSnationals, reigning Division 3 Super Gas champion and past Las Vegas winner Troy Coughlin Jr. is anxious for more success this weekend at The Strip at Las Vegas Motor Speedway.

As is his norm, Coughlin will drive his signature yellow-and-black, Miller-built JEGS.com Super Comp dragster along with his '57 Corvette roadster in Super Gas, giving him two chances to bag another Vegas trophy. Coughlin also will be racing alongside his uncle Jeg, the five-time NHRA Mello Yello Pro Stock world champion.

"My uncle Jeg is my mentor, so having him there will be a big boost for me," Coughlin said. "He has been helping my drag racing career for as long as I've been racing and is one of the key parts to my program."

In 2009, a 19-year-old Coughlin scored his first national event win at the NHRA Las Vegas Nationals. The facility has been a place for great success, not only for Coughlin but also for his father Troy, who clinched the 2012 NHRA Pro Mod championship in Las Vegas, and his uncle Jeg, who has five Pro Stock wins at The Strip.

"It's a majestic feeling to win a national event," Coughlin said. "Racing on the same track as my dad and uncles is a cool feeling. A lot of my family members have done well there, so I'm hoping I can continue to follow suit."

Since scoring his first national event victory, Coughlin has won the 2010 U.S. Nationals in Indianapolis and last season's Gatornationals in Gainesville, Fla. He is the first of the third generation of Coughlins to win a national event and a division championship.

Action begins with time runs at 9 a.m., Friday. Eliminations are slated to start at 10 a.m., Saturday.