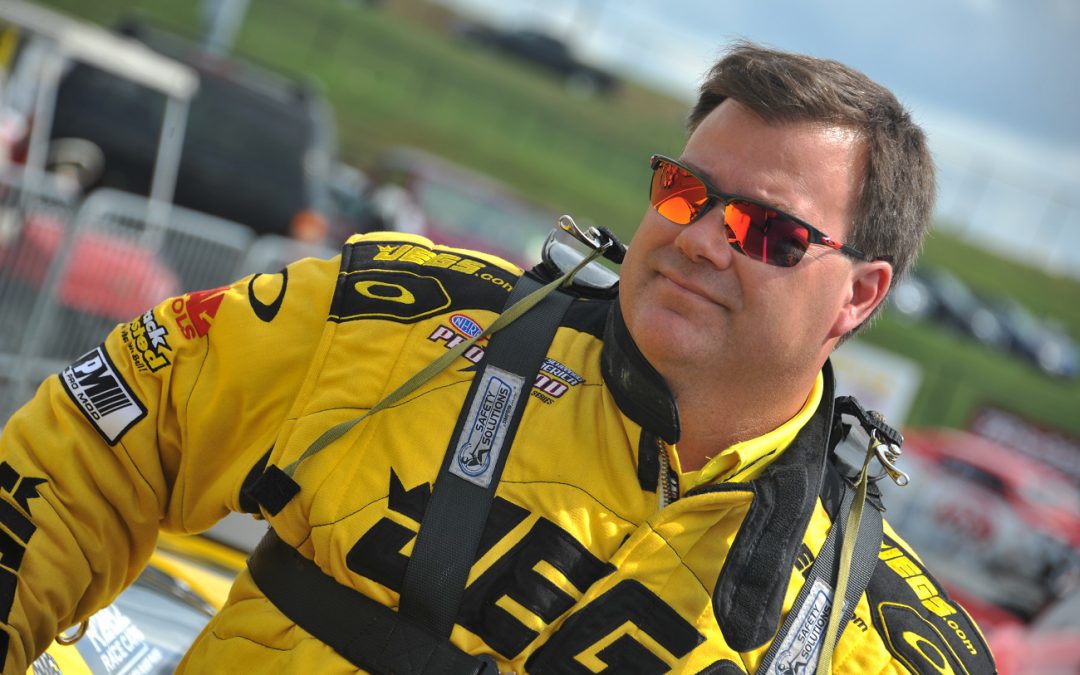 ST. LOUIS (Sept. 24) — Pro Mod racer Troy Coughlin knows what it takes to win a world championship, having done so in both NHRA and NMCA drag racing sanctions. He also knows a big weekend at Gateway Motorsports Park could go a long way towards making his JEGS.com team world champions once again with two big chances to win a coveted Wally trophy under the St. Louis Arch.

Due to a rainout at the latest NHRA Pro Mod Series race in Charlotte, which was presented by Powerocks, Coughlin will start his weekend in St. Louis finishing the final three rounds of eliminations left from that event. He'll then turn his attention to the fight for this weekend's regularly schedule race, presented by Precision Turbo, making this event twice as important as any other in the 10-race series.

"There's been a lot of good things happening with our team lately and we've been on quite a roll as of late," Coughlin said. "That makes this race the perfect place for one last push towards the championship. If we put all our pieces together properly, we should be right in the fight for both of these race trophies, and ultimately the championship.

"The weather's supposed to be perfect with no more rain in the forecast. We should get nothing but sunshine and moderate temperatures so I expect we'll be able to run as hard as we want at Gateway Motorsports Park."

Coughlin isn't very far removed from a big victory in Norwalk, Ohio, where he beat Eric Latino, Mike Janis, Rickie Smith and Von Smith to take the trophy. He's also been testing extensively between races to prep for a big stretch run.

"We actually test quite a bit right here in St. Louis," Coughlin said. "Plus we ran the Street Car Super Nationals here recently. We even kept our car in NHRA trim at that race to get even more data for this coming weekend. Now that we actually have two NHRA races to settle here, I couldn't be happier with all the data we've gathered for this place."

Coughlin already won his first-round race from the Charlotte event before the bad weather arrived, setting up a pivotal quarterfinal match-up with fellow championship contender Don Walsh, which will be run Friday during qualifying for this weekend's race. Currently, Coughlin's ranked fifth in the world, just 119 points out of the lead.

"Each round is worth 20 points so having a total of seven rounds up for grabs in St. Louis lets us know there is much to be gained," Coughlin said. "This team is fully capable of winning seven times and I'm feeling great behind the wheel. Steve Petty, our crew chief, seems to thrive when the pressure's on so we're all expecting big things.

"It won't be easy, right from the start against Don, but we'll be ready. I'll also have great support from my brother Jeg, who is racing in Pro Stock, and my son T.J. (Troy Jr.) who is racing in Super Gas and Super Comp. It's going to be a fun weekend, for sure."

Racing begins Friday with qualifying/elimination rounds at 2:15 at 4:45 p.m. and continues with the Charlotte finale at 12:45, Saturday. Pro Mod eliminations for this weekend's race begin with a single round at 3:15 p.m., Saturday, followed by the final three rounds starting at 12:45 p.m., Sunday.