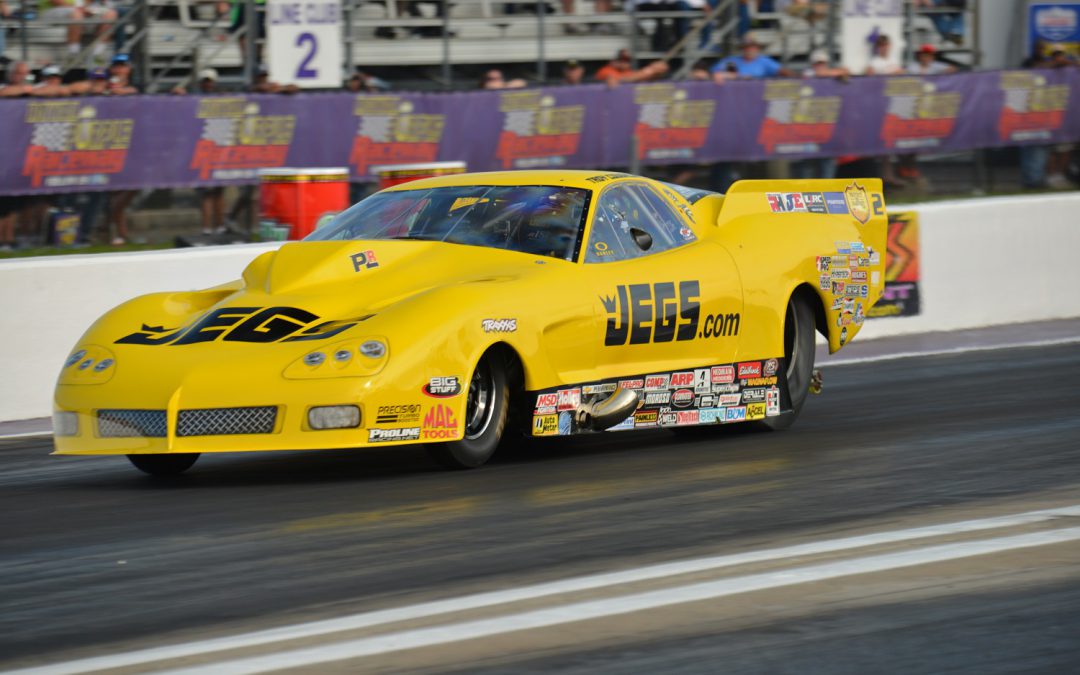 ATLANTA (May 13) — The NHRA Pro Mod Series returns to action this weekend at Atlanta Dragway and although it's just the third race of the year for the ultra-popular, high-horsepower category, 2012 series champion Troy Coughlin says it's time for his JEGS.com race team to pick up the pace.

"We need to get off our butts," Coughlin said. "There's still lots of racing to do but we only have 10 national events in this series so everyone that passes by represents 10-percent of our season. There's not a lot of room for error and we're going to need to pick up the pace if we want to contend for this year's title."

Coughlin, who followed up his championship with a second-place finish in 2013, currently is tied for eighth in the world rankings. He's won just a single elimination round in the season's first two races, lighting a fire under his pedigreed squad.

"Steve (Petty, crew chief) and the guys are as anxious as I am to turn on some win lights," Coughlin said. "We all know what to do. This group has plenty of experience and we know what it takes to get us back in the mix. The good thing is that Pro Mod is so unpredictable that anyone can turn it on at any time and shake things up.

"We spent last weekend at a PDRA (sanctioned) drag race and made a bunch of passes. We tested for a day and then ran the race itself so Steve was able to try lots of things. The category we run over there actually allows their cars to be 75 pounds lighter with no boost control but Steve decided to keep our JEGS.com Corvette in full NHRA trim so we could gain as much data as possible for this weekend's race in Atlanta."

The time in Valdosta, Ga., was well spent as Petty had a chance to improve on his tune-up each time Coughlin went down the strip. Even running under NHRA guidelines, Coughlin successfully qualified and raced to the quarterfinals before bowing out.

Racing in the Peach State also prepared the team for the conditions they will likely face this weekend in Commerce.

"We're trying to be more competitive and after three days in Valdosta, I definitely think we will be," Coughlin said. "If the weather holds up like the weatherman says it will, then we'll all see some great racing. It's supposed to be highs in the mid-70s with some cloud cover and that's a recipe for going fast.

"We need to get this car moving early and having a cooler track will probably help us. I know once we get the early portion of the run under control the back-end speed and ET will be there."