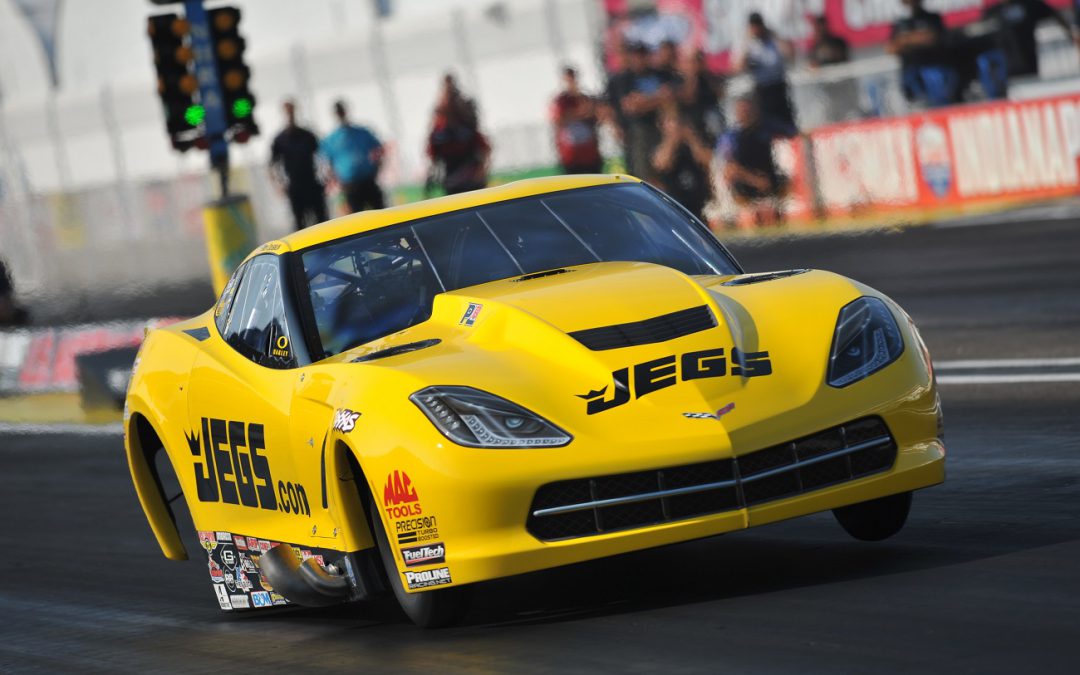 CHARLOTTE, N.C. (Sept. 15) — The two-car JEGS.com Pro Mod team of drivers Troy Coughlin Sr. and son Troy Coughlin Jr. used an off weekend from NHRA action to fine-tune their turbocharged hot rods for the final three races of the NHRA J&A Service Pro Mod Drag Racing Series, a test that has them brimming with excitement as the tour arrives at zMax Dragway for this weekend's NHRA Carolina Nationals.

"From this point forward it's the team that makes the fewest mistakes that will likely be the champions on Halloween weekend out there in Vegas," Troy Sr. said of the Pro Mod season-ending event in Nevada. "Mike Janis has 52 points on us, but right behind me there are five drivers, including my son T.J., who are all within striking range of the title.

"No matter how you slice it, there will be some huge early round battles these next three races where some of these top contenders will either triumph or fail, and those rounds will probably be the difference. That was the point of the guys going to Rockingham; we wanted to make darn sure everything was perfect to give ourselves the best possible chance to win."

Troy Sr.'s best finish this year is a runner-up result in Atlanta, and his consistency at the other events — he's one of only seven drivers left to have qualified for every race — has him dreaming big.

"Of course the championship is the goal, but we know it wont be easy," Troy Sr. said. "Actually, we don't want it to be easy. We want to earn it and that starts this weekend in Charlotte."

Entering the event seventh in the rankings, 98 back of Janis, rookie Troy Jr. says the test/race at "The Rock" yielded big results for both hot rods.

"We made a lot out of the runs we made over there," Troy Jr. said. "I know my car feels like a brand-new hot rod. This is, without question, the best race car I've ever had and this is the best I've felt heading into a national event. The guys worked so hard and I couldn't be more proud and appreciative of this group.

"My goal is to be as consistent and calm as possible on the Tree and make sure to drive as mistake-free as I can. I'd love to take out some of the guys that Dad is battling for the championship. He's my hero and I want him to win the championship. I'll get mine later down the road. Right now is his time, and I don't think anyone is driving better than my dad."