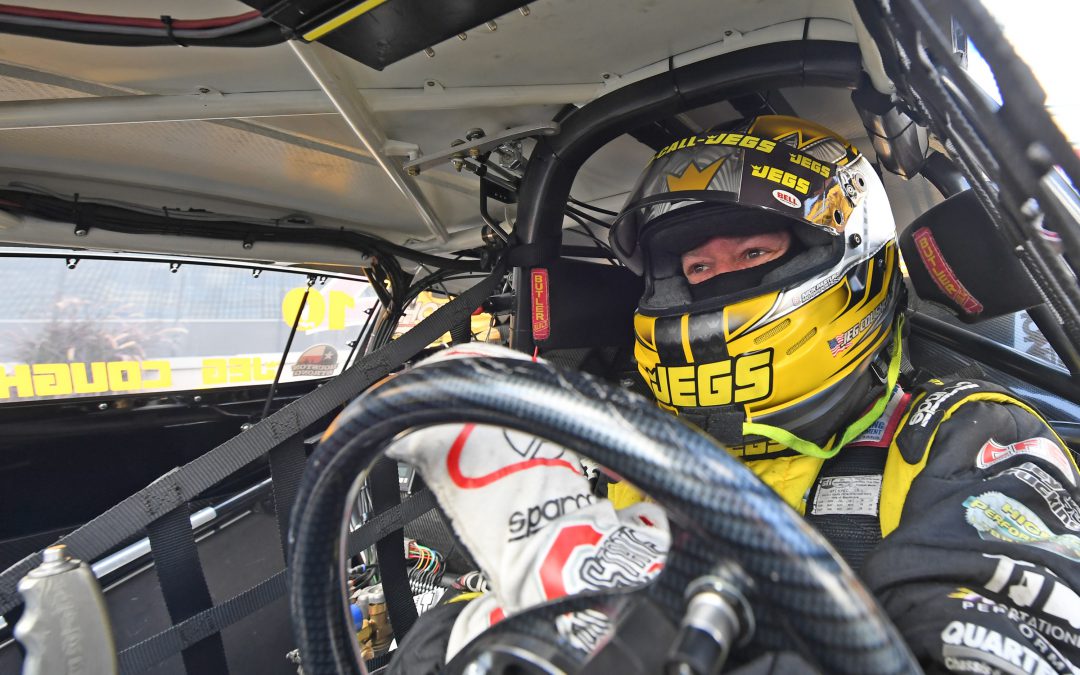 CONCORD, N.C. (Sept. 16) — Jeg Coughlin Jr. hopes to pad his illustrious resume even more in this year's Countdown to the Championship playoffs, which begins in earnest with eliminations for the 10th annual NHRA Carolina Nationals running Sunday at zMax Dragway.

A six-time drag racing champion with 76 national event victories, Coughlin has done the majority of his winning in Pro Stock, where he's collected five titles and 58 Wally trophies. He'll be at it again down the stretch of this season in his powerful JEGS.com/Elite Performance Chevrolet Camaro, which he qualified sixth in Charlotte with a best pass of 6.586 at 209.98 mph.

"We're feeling like we're back on offense," said Coughlin, who is racing in his 400th Pro Stock event. "The testing we did prior to this first race of the Countdown has really proved out some data that's pointing us back in the right direction. From the time I let the clutch out in Q1 on through to the last qualifying session, the JEGS.com/Elite Performance Chevrolet Camaro has gone A-to-B every time.

"We're running good 60-foot times, it's transitioning well from 60-feet to 330, and we're down to just making minor changes to clean things up a little bit to get the most out of this tune-up. It's a good feeling to have some reliability."

"It's a tough crowd, without question," Coughlin said. "It'll be the team that's the most confident and unified that will be racking up round wins and race wins and ultimately the championship. I'm enjoying the feeling of starting the Countdown with this Elite group, especially in light of the position we've put ourselves in these last few weeks."

Should Coughlin prevail Sunday, it will be his second win at this racetrack. The Delaware, Ohio, native won here in 2013.