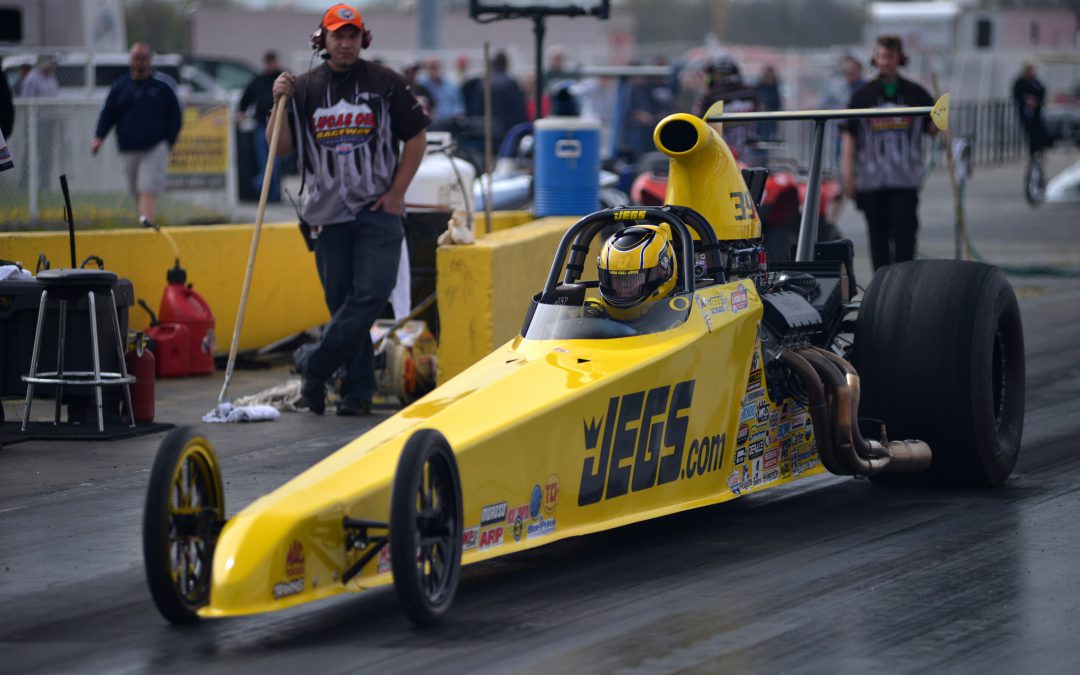 Coughlin currently is the Division 3 points leader in Super Gas and is third in the points in Super Comp. He'll compete in both classes at Beech Bend, looking to garner as many points as possible.

"I'm not in a safe spot in either class," Coughlin said. "I definitely need to go as many rounds as possible this weekend in both cars. It's not going to be easy because this is the last divisional race of the year and people will be doing everything they can to finish strong. Nothing would surprise me."

Coughlin leads the Super Gas class in Division 3 by 42 points over Pat Martin, while he trails Steve Hoyt by 35 points in Super Comp.

Drivers can race in eight divisional events, counting the best five finishes toward the series championship. Beech Bend will be Coughlin's seventh race of 2013 counting towards his activities in the North Central Division.

"In this kind of racing the points are really hard to figure out," Coughlin said. "It's not like the pros where everyone claims every race and you earn X number of points for where you qualify and X number of points for how far you go on race day. You have all these races and then you pick your best five and see how they stack up against everyone else."

And while the points system may be confusing, Coughlin will take a simple approach to racing this weekend.

"The only thing I know for sure is it's going to be very, very hard to win either of these championships," Coughlin said. "Every year these classes are won by just a point or two, which means they can be lost by a point or two. Obviously, I have to focus on every round, do my job at the Tree, do my job at the finish line and make sure we have everything done in the pit."