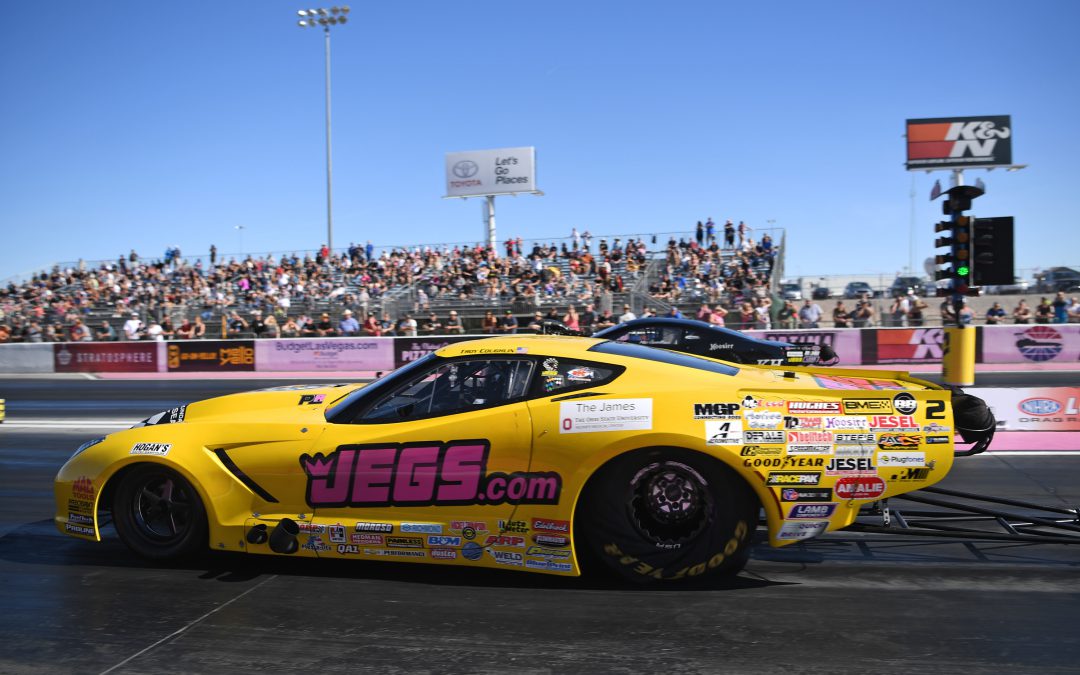 LAS VEGAS (Oct. 28) — The first round of eliminations of any drag race is always a bit nerve-wracking, and that's especially true when a world championship is hanging in the balance. But for two-time Pro Mod champ and current points leader Troy Coughlin, everything is going according to plan after a big first-round victory over Sidnei Frigo.

"It's the last race of the year and the big trophy is on the line so yes, everything is ramped up to the limit," Coughlin said. "It's a nervous and exciting time. If anybody out here says they don't feel those race day nerves, they're not human. You definitely get the butterflies and it's always a big relief to get that first win.

"Still, there's lots to do to secure the title so tonight we'll go out, have a nice dinner, hang with the guys a little bit, do our regular rituals and come back out swinging tomorrow. I will admit it'll probably be tough to sleep."

Of equal significance, Mike Castellana qualified just one spot better in fourth place, meaning the only driver left in the points chase that can catch Coughlin will need to go at least two rounds further in eliminations to steal away the title. Castellana had an easy first-round win when his opponent, teammate Mike Janis, couldn't back-up from his burnout.

Perhaps by fate, Coughlin and Castellana will actually race one another in Sunday's quarterfinal round with Coughlin enjoying the advantage of lane choice, meaning Coughlin could clinch the title with a victory. Should Castellana beat Coughlin, he'd still need to win an additional round to take
the championship.

"It's pretty exciting. I've said it 100 times but I couldn't be more proud of the guys working on this car, my crew chief Steve Petty along with Kyle Pettis and Mike Rees, those guys are champions already. The race car they have given me this whole season, yeah we've had our ups and down, we didn't qualify at one race and we've been beat in the first round at a couple of races, but they stayed with it and brought us into the last race at the top of the points. That speaks volumes of how good these guys are."