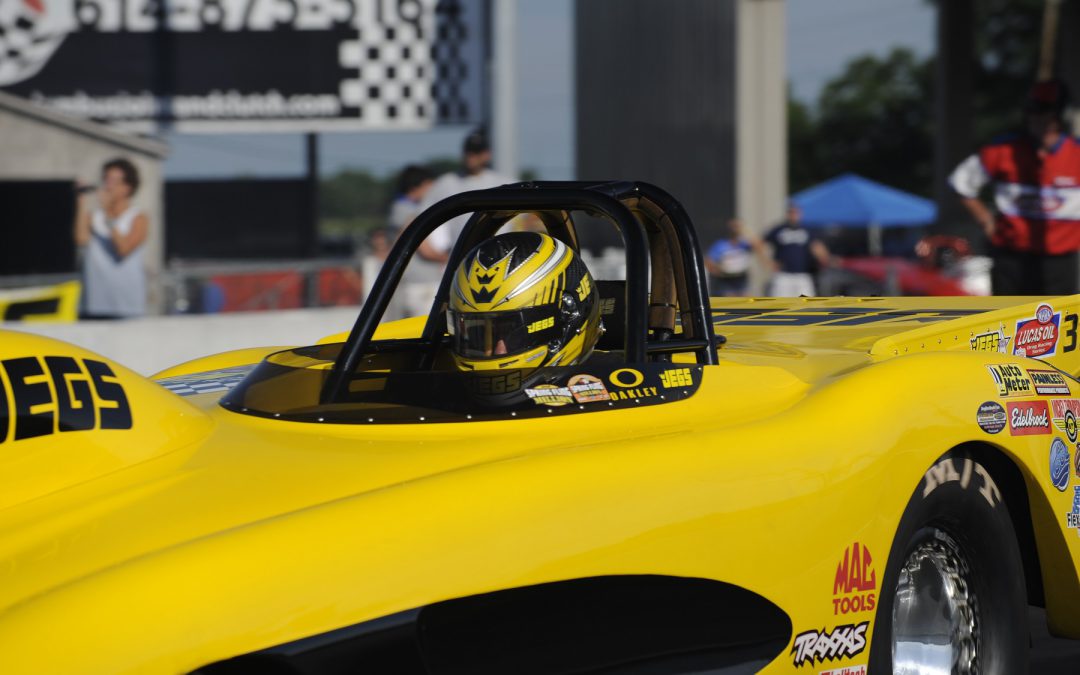 MADISON, Ill. (Aug. 3) – Just like the major-league baseball pennant races are heating up, so are the championship battles in the Lucas Oil Drag Racing Series.

"This will pretty much tell us whether we're going to be in the fight for October, November," Troy Jr. said. "If not this race, then the next one at Cecil County."

Troy Jr. is ranked seventh in the national points standings in Super Comp, while he's third in Super Comp in the North Central division. In addition to the Super Comp dragster, Troy Jr. is also racing his Super Gas roadster.

"We need to make 100 percent of it count," Troy Jr. said. "We have a test session on Thursday, where we'll make a few runs to get everything worked out. We need to get the JEGS.com cars to the winner's circle Saturday night."

Handling the pressure of a points battle can be difficult, but Troy Jr. wants to make it a positive.

Troy Jr's uncle, Mike, will also be racing at Gateway, though he won't be facing the same kind of pressure. Mike Coughlin will be racing his JEGS.com car in the Top Dragster class, continuing to develop a new car.

"We've had an up-and-down year," Mike said. "We're trying to figure out what the car likes and what it doesn't like. It's so much different than anything we've ever done before that it's a new learning curve. Every race we go to, we're getting better, and it's running great. We keep finding the weak links in the chain, and we're going to have a pretty stout chain here soon."

Racing at Gateway should be fun for the whole Coughlin family, as Mike's son Clay will tag along to enjoy the drag racing action.
"It's one of my favorite places to go," Mike said. "The guys who run the track do a heck of a job, and that track is one of the better ones in the country. We enjoy racing there.

"My nephew is going, and I always enjoy racing with him. He's doing real well in his classes. My son Clay is going with us, and he likes to go and watch, wear the headphones and listen in. It's definitely a good time for him.

"And I have to say a special thanks to all the guys on the team- Greg Cody, Tony Collier and Dave Rurke – who work so hard to get T.J. and I to the track. Thanks to my dad, too, for his continual support of all of us. Without him, of course, none of us would be here."